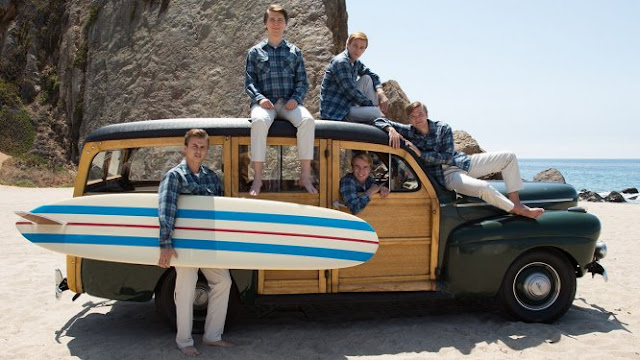 The biopic genre is so weighed down by so many mediocre attempts to recreate well-trodden stories that when a film like Love & Mercy comes along, it's enough to make you angry. You come away thinking "Why did they get it so right when everyone else gets it wrong?" Even if the expectations for this type of film are admittedly low, it's still invigorating seeing director Bill Pohlad and writers Michael Alan Lerner and Oren Moverman bring real vision to a story that could easily have been nothing but a staid retelling.

Using a bifurcated structure in which Brian Wilson, the musical leader of The Beach Boys, is played by two different actors at different points in his life, Love & Mercy immediately sidesteps one of the most common stumbling blocks for the genre. Rather than trying to encompass the entirety of Wilson's life and career, favouring breadth over depth, the film focuses on two very specific moments and digs in deeper. In one story, which covers the recording of Pet Sounds and the abortive SMiLE sessions, Wilson is played by Paul Dano. In the other, John Cusack plays an older, more mentally fragile Wilson who falls in love with car saleswoman Melinda Ledbetter (Elizabeth), who in turn begins to suspect that Wilson's legal guardian, Dr. Eugene Landy (Paul Giamatti) is using Wilson to for his own personal gain. Between them, these stories can't give a full vision of Wilson, who is perhaps too enigmatic a figure for any film to do justice. However, they do capture him at his creative peak and his personal nadir, and the way in which the two halves play off of each other lends the film an almost instant poignancy.

Much of that comes from Dano and Cusack, who give distinct yet complementary performances. Both bring a fragility to Wilson, which is to be expected given that Dano's storyline begins with him having a panic attack which then forces him to become studio-bound, and Cusack's finds Wilson suffering both from mental illness and over-medication. The contrast lays in their respective levels of power. Where Dano's Wilson is reaching for some escape in his music, and feels that the voices in his head are pointing him towards something truly transcendent, Cusack is desperately trying to shut them up. Dano plays Wilson with a level of vulnerability and openness that suggests that he isn't strong enough to survive in the world, but he's also a hugely successful pop star on the verge of a breakthrough (and a breakdown), so there is a swagger and a confidence there. Cusack, being under the sway of a more powerful personality and seemingly unable to break away, displays a level of fear and helplessness, and a desire for connection, that I've not seen since Ralph Fiennes in David Cronenberg's Spider.

There is a clear through line between the two characters, a suggestion that Wilson's attempts to push the boundaries of what he could do artistically precipitated his mental problems (particularly since those efforts were assisted by heavy drug abuse). Yet Pohlad ensures that the two halves of the film are visually distinct from one another. The '80s-era portion of the film maintains a consistent, even visual language that doesn't break or change, with the notable exception of a moment in the last act where the two plot lines converge and collapse in on each other. The '60s half, on the other hand, is constantly shifting. Sometimes it has the same classy, middlebrow presentation of its counterpart, at others it's shot in black and white without dialogue, or mimic Super-8 footage, or recreates the look and feel of Beach Boys promo materials.

This difference signifies that the two stories are told from different characters' perspectives. The Pet Sounds part is clearly from Brian's point of view, and the chaos of his life and his mind is reflected in the way that the film morphs to suit the moment and the mood. Everything in the '80s is told from the point of view of Ledbetter, who gets drawn into Brian's life without meaning to and winds up becoming his saviour, so the film has to be a bit more even-keeled since she is an outsider witnessing the effects of Brian's illness and medication. It's a choice which serves the practical purpose of easily distinguishing between the two time periods, but it serves the more elegant purpose of allowing us to shift our focus quickly and seamlessly, even though the film is jumping between the time periods pretty frequently.

Elizabeth Banks does a great job as the protagonist the '80s part, both because she is able to project a determination that makes her seem like a match for Landy, but also because she is able to react to Brian with palpable empathy. An early scene in which she listens as he talks about his life, and specifically about how he has been cut off from his family, is particularly heartbreaking because the story is related in a long take which focuses on Banks' face, while Cusack's is only glimpsed through a distorted reflection. Her reactions  are what make the scene so powerful, and Banks' ability to be both active and reactive throughout is what makes that half of the film compelling.

Aside from there performances, perhaps the most impressive aspect of the film lies in its ability to remind us how radical an album Pet Sounds is. From our vantage point nearly fifty years after it was released, in a world where songs like "God Only Knows" are staples on oldies stations, movie soundtracks, and commercials, it's hard to comprehend just how unprecedented it was for a pop album. By breaking down the songs, showing how Wilson and The Wrecking Crew used unusual instruments, mistakes, and animal noises to create this new sound, Pohlad revives some of Pet Sounds' strangeness. The scenes are brimming over with a sense of discovery, something which is reflected in the giddy face of Dano and in the perplexed wonder of the musicians. There's a vitality which offsets the inevitability that plagues a lot of biopics.

These songs and these experiences feel new, rather than like a retelling of some mothballed moment in history, and that's a rare and special achievement.