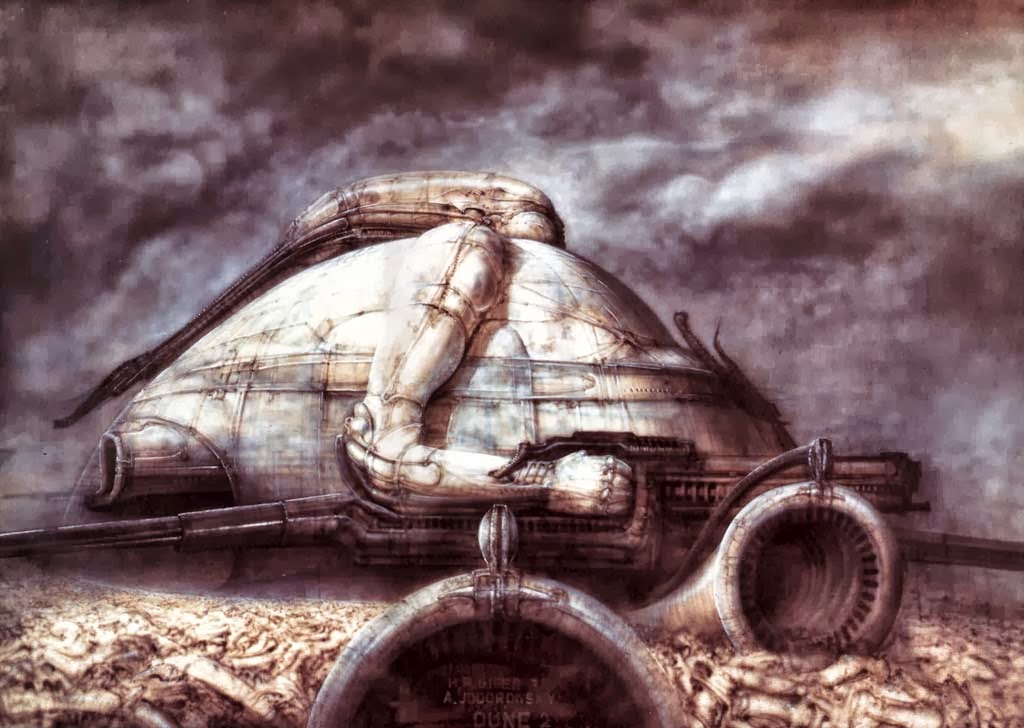 Making a film is such a difficult, complicated process that it's a wonder most films get made at all. So many things can (and often do) go wrong at every stage of production, from last-minute changes in casting to loss of financing, that if you were to compare the number of films that were successfully made since the dawn of cinema to the number of films that weren't, the second number would be vastly larger than the first. As such, there are literally thousands of "what if" scenarios out there of films that could have existed but, for one reason or another, never came to fruition. Whether it's Orson Welles' Heart of Darkness, Francis Ford Coppola's Megalopolis, or Terry Gilliam's The Man Who Killed Don Quixote, the central appeal of these films remains the same: An unfulfilled promise that we can imagine, sometimes aided by storyboards or test footage, but will never see properly realised.

Of all these non-films, probably the most legendary is Alejandro Jodorowsky's attempted adaptation of Frank Herbert's hefty space opera Dune. Much of that reputation is due to the calibre of the artists that Jodorowsky assembled to realise his vision. The storyboards were drawn by the French artist Mœbius; many of the designs for the film were created by the late H.R. Giger; the cast would have included Mick Jagger, Orson Welles and Salvador Dali (who somewhat infamously only agreed to appear in the film if he received $100,000 per minute of screen time, allowing him to claim that he was the highest paid actor in Hollywood); and the soundtrack would have been written by, amongst others, Pink Floyd. Whether or not the film turned out to be any good, that collection of disparate geniuses is certainly pretty evocative, and at the very least suggests that the final product would have been a glorious mess.

Frank Pavich's documentary Jodorowsky's Dune does a great job of laying out the details of how those particular artists, many of whom had already done great work, while others still had greatness ahead of them, came together on this particular project. The main draw was, of course, Jodorowsky himself, whose pre-Dune work as the director of psychedelic, surreal midnight movie classics like El Topo and The Holy Mountain established him as an intensely creative visionary with a reputation for being somewhat crazy. Jodorowsky is the main participant in Pavich's film, and his interviews, in addition to the stories from his collaborators, perfectly illustrate why he was not only able to persuade the enigmatic Dali to appear in the film (a process that involved pursuing him for months and completing a series of surrealistic riddles) but why many of those people sought him out. Even in his 80s, Jodorowsky possesses the qualities that made him such a force in his heyday; he comes across as a mix between a great professor and a messianic cult leader. He has near boundless charisma tied to a furious intellect and an uncompromising belief in the power of cinema, and it's hard not to believe him when he says that his intention with Dune was to create a film that would do nothing short of radically altering the entire culture of humanity

Far more time is spent talking about how the film came together than how it fell apart, which is understandable considering the reason why the film ultimately didn't happen - they couldn't get the funding together - is a painfully pedestrian end for a project that had so much potential. It's much more interesting and revelatory to see Giger's beautiful yet terrifying artwork, or to hear Dan O'Bannon talk about how Jodorowsky hired him after they smoked some seriously powerful weed together, than it is to hear about how studios turned the film down, even after being presented with a gorgeous and massive book detailing every planned shot and design. For its first two thirds, Jodorowsky's Dune is like a great men on a mission movie, full of exhilarating energy as it details how this ragtag band were brought together for the biggest job of their lives. It makes the disappointment that the film didn't happen feel fresh, even though it's been nearly forty years since the project fell apart.

Even as it celebrates what might have been, Jodorowsky's Dune acknowledges that Jodorowsky's Dune could have been as much of a disaster as David Lynch's version eventually was, as hard to imagine as that may be. The enthusiasm of the participants is infectious, and the brief glimpses we get of the proposed designs (such as Baron Harkonnen's palace, seen above) are really something, but the film doesn't exactly harangue the studio executives who refused to fund a 20-hour long science fiction movie, starring a floating Orson Welles, from a director whose previous film featured a man literally shitting out a golden turd. It fully supports the view that Jodorowsky was years ahead of his time in terms of what he hoped to achieve, technologically and philosophically, with Dune, but it also knows that we have no actual final film to compare the sales pitch to: It only exists as a perfect image in the mind of its creator.

That degree of self-awareness is ultimately what makes Pavich's film so wonderful. Rather than wallow in disappointment that this visionary work didn't happen, it takes its cue from Jodorowsky himself, who practically revels in the failure since it wound up having such a profound and lasting influence. The same book that was used to sell the concept circulated throughout Hollywood, and designs from it can be seen in dozens of subsequent films like Flash Gordon, which took much of the design of Ming's palace from Dune, and Star Wars, which seemingly lifted whole shots for its lightsaber fights. It's here that having access to Jodorowsky's book really pays off, because seeing his proposed opening for Dune, which showed a camera moving through the entire universe in a single shot, compared to the opening of Robert Zemeckis' Contact, which did exactly the same thing, really emphasises the influence of his work.

Most notably, many of the key creative figures from Dune, including O'Bannon, Giger and Mœbius, went on to work on Ridley Scott's Alien, where they implemented many of their unused ideas and designs to create one of the best and most influential science fiction films ever made. It's in discussing the tremendous impact of Dune that Jodorowsky's Dune reveals itself to be a celebration of that failure, rather than a bitter mourning. It's a story of a vision so grand, of a period of creativity so furious and expansive, that it could not be contained in a single film, but instead had to be filtered through dozens of films over multiple generations. It argues convincingly that Jodorowsky's Dune is the Higgs boson of modern science fiction; something that we cannot see, and which cannot be said to exist in the traditional sense of the word, but without which we can not truly understand what science fiction has come to be.