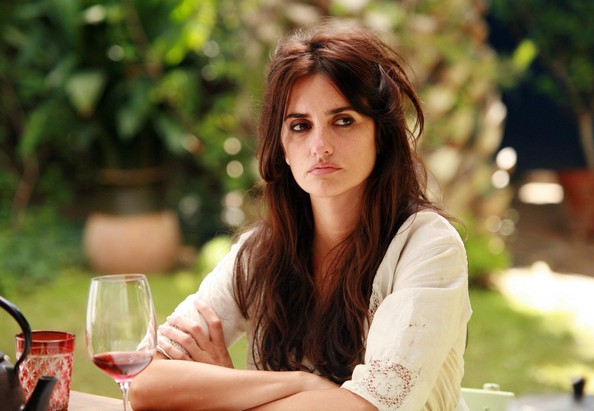 When it was released in 2008, Vicky Cristina Barcelona was roundly hailed as one of Woody Allen's periodic returns to form. Having seemingly exhausted London as a subject/setting, he turned his restless eye to Barcelona, and used it as a setting for a story of love and the many forms that it can take. Vicky (Rebecca Hall) and Cristina (Scralett Johansson) are a pair of Americans who visit Barcelona together, though they do so for different reasons.

Vicky is there to complete her masters on Catalan identity, a task which she hopes to accomplish before returning to America to marry her dependable and stuffy fiance (Chris Messina), whilst Cristina comes along to soak up the atmosphere and experience some of the bohemian lifestyle that she admires. Their trip is permanently disrupted when they meet Juan Antonio (Javier Bardem), an artist who invites them to stay with him in the hopes of seducing them, a goal that he is very upfront with them about achieving. Vicky declines, but goes along when Cristina accepts so that she can keep an eye on her friend, but both gradually find themselves falling for Juan Antonio.

It's easy to see why Vicky Cristina Barcelona was considered such a resurgence for Allen. After the success of 2005's Match Point, his subsequent London films - Scoop and Cassandra's Dream - suffered from an extreme case of diminishing returns as the energy he seemed to gain from a new city ebbed away. (The miserable quality of his last London film, 2010's You Will Meet A Tall Dark Stranger, further reinforced the idea that whatever aspect of London had initially inspired Allen had since escaped him.) In comparison to those films, Vicky Cristina Barcelona has an intoxicating vigour and a hazy air that fits the seductive story.

The new setting also allows Allen to break away from his typical stomping ground of examining the rigid mores and values of upper-class American (and later English) society. Probably the greatest strength of the film is the way in which it addresses the shifting affections of the characters from a measured, non-judgemental perspective. Cristina's relationship with both Juan Antonio and his unstable ex-wife Maria Elena (Penelope Cruz) could have been treated as farce or obviously doomed, but Allen treats it just as seriously as he does any other relationship in the film, which is to say that he treats it with a healthy dose of ambiguity. The relationship might work, it might not, but that doesn't mean that anyone, even the creator of the characters, has a right to judge those engaged in it.

It's an egalitarian approach to love that chimes with views Allen expressed in his follow-up, Whatever Works, though the key difference between those two films is that in the later work Allen treated the idea of polygamous relationships and fluid sexuality as jokes, whilst in Vicky Cristina Barcelona he treats them seriously. Maybe that lack of seriousness in Whatever Works is why he allowed those relationships to last, whilst in Vicky Cristina Barcelona the need for drama means that they have to resolve in some way by story's end.

However, even if the overall tone of the film is fascinating and the atmosphere appealing, it still suffers from one of the key weaknesses of Allen's recent work: the writing of the female characters. This is a problem that has afflicted pretty much every film he has made since Husbands and Wives, and the layered, complex women who used to populate his work have been replaced by very broad stereotypes such as prissy harridans, Manic Pixie Dream Girls or whores. (The last category is sometimes figurative, but often painfully literal.) Since the two main characters are women, the effects of this phenomenon are less obvious than in previous films, and in fact Vicky is pretty well drawn, primarily because she is the closest the film has to an Allen-surrogate, and he always writes himself pretty well. It's also a case where no one in the film, male or female, is particularly likable, so the female characters don't end up looking bad by comparison.

However, Cristina never feels particularly real or interesting, and is largely defined by how she reacts to everyone else in the film, rather than because she has her own clear identity. The narrator (Christopher Evan Welch) sums up Cristina's role in the story when he remarks that her experiences left her not knowing what she wants from life, but knowing what she doesn't want, and that's pretty much the case with her personality; it's clear who she isn't, but not who she is. Maria Elena, meanwhile, is a character who is even less defined than Cristina, yet somehow ends up more fascinating. This is largely due to the power of Penelope Cruz's performance, but it's also because she actually does things to affect the story and the other characters, so even if her motivations don't amount to much more than 'she's crazy', at least she plays an active part in the proceedings. Cristina, meanwhile, is a passive figure surrounded by stronger or more interesting characters.

Vicky Cristina Barcelona is by no means a bad film, it's actually very solid in comparison to some of the films it rubs shoulders with in Allen's recent work, but it is forgettable. Despite an alluring atmosphere and striking tone, it only fitfully works as drama, and covers such well-trodden ground that it never manages to be revelatory or profound like Allen's best work. It ultimately feels like the work of a tourist, and has the flimsy superficiality of a holiday; fun at the time, but it fades away as soon as you get home.