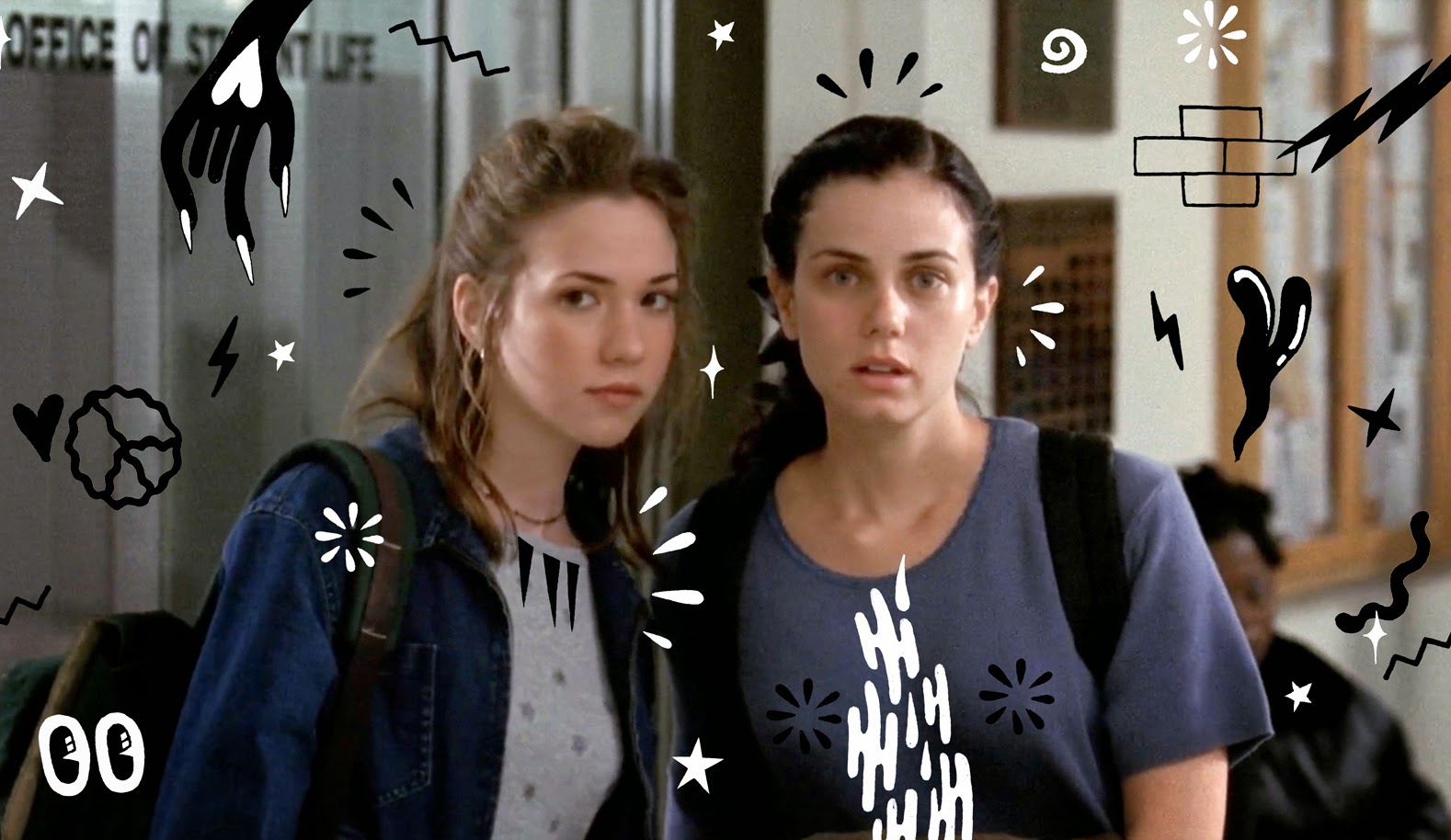 Anyone familiar with critic and blogger Charlie Lyne knows that he loves teen movies. As the editor of the supremely entertaining film blog Ultra Culture, he has written extensively about how different films depict the teen experience, often with a mix of irreverence and genuine passion that is both immensely funny and deeply admirable, especially considering how little regard the genre receives from either critics or audiences. In 2012, Lyne proposed a manifesto for what he dubbed "The Teen Movie New Wave", referring to an emerging canon of teen movies and newly-minted young stars who are starting to tell entertaining and provocative stories about teenagers - ones that might actually be liked by and seem truthful to teenagers - following almost a decade in which those kind of films became increasingly rare.

Contained within Lyne's manifesto, which was very much concerned with the teen movies being made now, was a potted history of the genre, broken up into specific waves. Though the Golden Age of the 1980s, a time when John Hughes roamed the Earth, creating teen icons and cultural touchstones like some kind of Midas in milk bottle spectacles, is the most well known period for teen movies (and the one which has received a disproportionate amount of critical attention), Lyne suggests that the most interesting period for the genre came during the decade between 1995 and 2004:


Beginning with Clueless and ending with Mean Girls, the second wave ran slightly longer than the first and produced a considerably wider range of films, both in terms of quantity and breadth of subject matter. The era was characterised by short-lived stars like Jason Biggs, Neve Campbell, Natasha Lyonne and James Van Der Beek, blockbuster hits like American Pie and Scream, and weirder, artsier fare like Freeway and Ginger Snaps.

This paragraph feels very much like a statement of intent for Lyne's debut feature Beyond Clueless, a documentary/film essay in which clips from hundreds of teen movies from this period are assembled in a feverish, exhilarating collage that shows how almost every conceivable genre was used to depict the High School experience. It does for High School what Los Angeles Plays Itself did for L.A., albeit featuring a few more scenes of a young man fighting his own possessed hand.

Narrated by Fairuza Balk, star of Teen Movie Renaissance touchstone The Craft (which is discussed at length during the film's prologue, not so much as a film about witchcraft but as a study of identity and the need to adapt in order to survive High School) and soundtracked by a sometimes dreamy, sometimes nightmarish score by Summer Camp, Beyond Clueless is broken into sections, each of which is built around specific themes that reappear in teen movie after teen movie. Regardless of whether the film in question is a relatively naturalistic romance, a high-concept comedy (She's All That) or a Bodysnatchers-esque horror (The Faculty). they all touch upon questions of identity, conformity and the limited kind of autonomy given to high school students. Unsurprisingly, sex is a pretty predominant subject that is broached either directly - such as the many stories in which the loss of virginity proves to be the thrust of the plot - or through metaphor. But there are also plenty of examples of teen movies examining the rigid social hierarchy of High School; how those hierarchies are either questioned or reinforced by different films; and how certain tropes crop up time and again across a huge swathe of teen cinema, such as in one montage that highlights just how (apparently) central having sex in a pool is to the American teen experience.

One of the more surprising sections of the film is a long, in-depth examination of the mostly-forgotten Devon Sawa vehicle Idle Hands, in which pubescent sexual awakening is represented through a hand that becomes possessed by a malevolent force. It's surprising partly because of the level of detail that it is afforded, which comes complete with a firmly tongue-in-cheek assertion that Sawa's problems are, as with most teenage men, caused by the suppressed impulses of his right hand, but merely because there is any discussion of Idle Hands at all. It's a pretty much forgotten curio that might be most notable for featuring an early performance by Jessica Alba (and even then...), as well as some admittedly impressive rubber-bodied slapstick from Sawa, but it still isn't discussed by anyone, really. It's not even considered a cult classic in the way that Ginger Snaps, which gets a similarly thorough dissection, is. It merely exists, though most people wouldn't even know that much.

It's these odd, orphaned teen movies that seem to really fascinate Lyne, since they get considerably more screen time than canonical classics like the aforementioned Clueless and Mean Girls. He doesn't make a case that Idle Hands and Disturbing Behavior are great films, or even that they are especially good,  but he does suggest that they offer interesting insights on the teen experience. Regardless of their perceived quality, there is still value in considering the homo-erotic undertones of Victor Salva's Jeepers Creepers or Jeff Schafer, Eric Berg and David Mandel's EuroTrip. (The inclusion of the latter will come as no surprise to long-time Ultra Culture readers - Lyne has often cited it as a personal favourite - though they may be surprised to learn that he waits a full fifty minutes before bringing it up.) Beyond Clueless is an often hypnotic film that places more emphasis on experience and tone than on context; it's not concerned with how or why these films were made, but what they say about what is like to be young.

Some viewers will probably be disappointed that more popular and well-known films are discussed only briefly (if they are discussed at all), while still others appear only in Lyne's woozy, impressionistic montages, but Beyond Clueless would be much less personal and much more boring if it focused solely on the jocks of the teen movie world. It's more concerned with the freaks and the weirdos on the fringes, the kinds that have more interesting stories to tell. The best thing about Beyond Clueless is that it fits in perfectly with the misfits it adores.