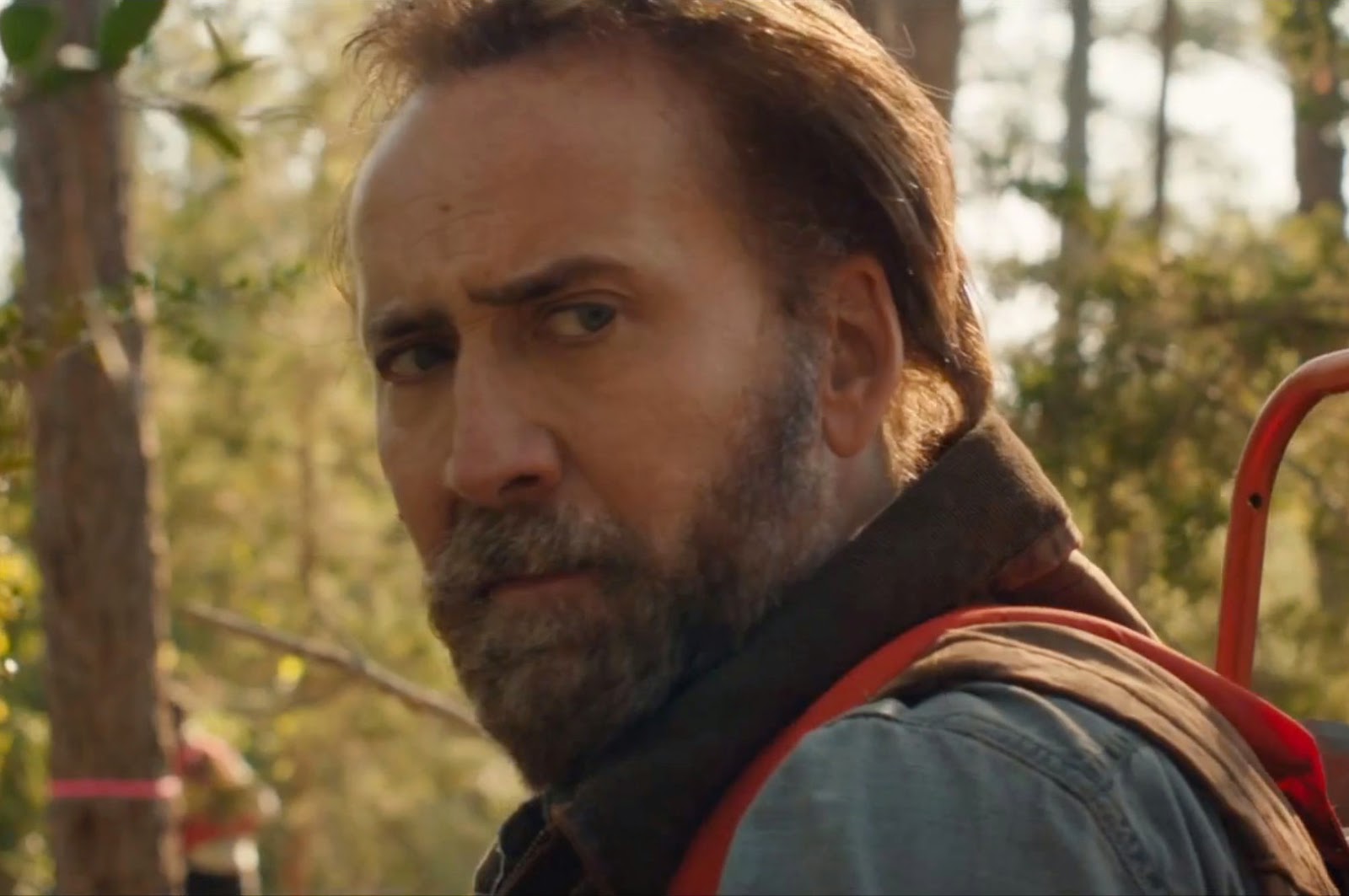 According to Joe, the perpetually angry hero of David Gordon Green's film of the same name, restraint is the only thing keeping him alive. There's a certain wry humour in that statement, considering that these words are spoken by Nicholas Cage, an actor for whom the word seems so foreign it might as well be written in hieroglyphics, but there's also a great truth to it, both for the character and for the film that surrounds him. As played by Cage, Joe is a man who seems constantly on the verge of committing acts of terrible violence. He's introduced as the head of a crew responsible for poisoning trees so that they can be torn down and replaced, and he seems to be holding himself more or less together. Very quickly, though, it becomes apparent that his job and life are constructs designed to contain his propensity for self-destruction, which boils over in a handful of shocking, darkly comedic scenes that make good use of Cage's volatile physicality. He's not a consistently violent man, but Joe is definitely dangerous, and that sense that he could just flip out at any moment shadows him at every moment.


A sense of dangerous unpredictability permeates Joe as a whole. There are times when Green shifts from moments of playful goofiness, such as a scene in which Joe's young protege Gary (Tye Sheridan) gets a breakdancing lesson from his drunk drifter father (Gary Poulter), to ones of uneasy menace with hardly a moment's notice. At other times, the film will clearly telegraph that something awful is about to happen but delays the actual event until the anticipation becomes unbearable. The most successful example of this stretched tension is a scene in which one character stalks another with murder on their mind. We know that someone is about to die because of the relentless, slowly rising and deeply unnerving score, as well as the early introduction of the weapon, but the scene keeps going far past the point at which you would expect it to reach its climax. The film accordions between leisurely menace and frantic action on a pinhead throughout. It's not always successful, but it makes for an indelibly unbalanced experience.

What keeps the film from flying completely off the rails, particularly during its more strained attempts at comedy, are the central dynamics between Joe and Gary, Gary and his father, and Gary's father and Joe. The friendship between Joe and Gary builds gradually and with believable awkwardness, as they go from employer and employee to friends, and eventually to protector and ward. There's terrific chemistry between them which adds warmth to a sequence in which they go searching for Joe's runaway dog, and a sense of peril to the film's tense finale. Meanwhile, Gary's father is presented as, if not a polar opposite to Joe, then certainly as someone who is on the same continuum as him. Both men drink, lose their tempers at inopportune moments, and inflict pain upon the people around them, but Joe knows that his impulses are wrong and tries to control them, whereas Gary's father just keeps doing what he wants until he gets run out of town. The film ramps up the conflict between these biological and surrogate fathers very effectively, though it ultimately makes Gary's father so cartoonishly awful that it loses some of the credibility earned through an otherwise naturalistic depiction of parental abuse. Sheridan builds on his great turn in last year's Mud, demonstrating deep strength and deeper vulnerability that suggests he will remain an actor to watch for years to come.

While not great in every respect, Joe is a timely reminder that both its director and its star are capable of very fine work when they are engaged by the material. After a weird career detour in which he made increasingly terrible mainstream comedies like The Sitter and Your Highness (and oversaw the increasingly brilliant, non-mainstream comedy Eastbound and Down), David Gordon Green is able to slip seamlessly back into the impressionistic yet earthy thriller mode that made Undertow such a fun watch. If that film was his attempt to do a more contemporary spin on Night of the Hunter, this is very much his version of Shane, and it does not suffer from the comparison. And Cage shows that his tics and weird impulses can still be effective if employed sparingly, rather than forming the basis for his entire performance. It's great to see both men doing good work, let's just hope they can control their own worse impulses and stay out of trouble for a little while.