You've Got To Accentuate The Positive: What's Good About The 2014 Oscar Nominations? 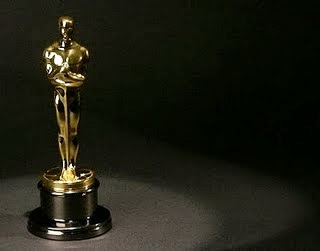 I'm sure I sound like a broken record saying this (actually, is that metaphor even relevant in 2014? Should it be "sound like a corrupted mp3"?) but 2013 was a very, very good year for cinema. Probably one of the best in my lifetime, and certainly the best since I started writing about film in a serious way. While it might be a bit too much to expect the Academy of Motion Pictures Arts and Sciences to comprehensively reflect the sheer volume of quality released last year - a token nomination for Upstream Color, even in Sound Design or something, would have been nice - by and large the nominations this year get a lot of things right, representing some of the better films that exist within the Academy's seemingly very narrow and conservative taste palette.

However, for fear of sounding like Frank Costanza, I've got a lot of problems with the nominations this year, largely because I write about films on the Internet. If I didn't have considerable grievances to air against The Academy, then either we've had a perfect year for cinema and everyone should just stop trying, or I've given up being all that interested in film. Fortunately, neither of those things is true; it was a very good year, but far from free of stinkers, and I'm as in love with film as I've ever been. And while I could rail about how it's ridiculous that American Hustle, a perfectly fine film that isn't anything special, should be nominated for Picture and Director (though it fully deserves its nominations in the acting categories, since everyone in it does great work, even if it's to no real end), or how it's even crazier that American Hustle didn't get nominated for Best Makeup and Hairstyling (it fucking opens with five minutes of a man doing his hair, and appearance is central to the story, how much more deserving could it be?) I feel it's better to focus on what the Oscars got right.

As is traditional, I've combed through the nominees in the hope of highlighting the interesting, funny or just plain odd results that AMPAS have thrown our way this year.

Delight No. 1: All Three Creators of I'm Alan Partridge Are Now Oscar Nominees

When I'm Alan Partridge debuted in 1997, becoming the perfect vehicle for Steve Coogan's iconic, pathetically egomaniacal DJ, few could have expected that the men who gave us immortal phrases like "You're a mentalist!", "Jurassic Park!" and "Stop getting Bond wrong!" would one day all have the distinction of being nominated for Best Adapted Screenplay Oscars. But here we are; after Peter Baynham received a nomination in 2007 for co-writing Borat (and consider this a reminder that the Oscars once nominated Borat. For Writing.) and Armando Iannucci did the same in 2010 with In The Loop, Alan himself has managed to make it a hat-trick by co-writing Philomena (as well as getting a nomination for Best Picture, which is only fitting for North Norfolk's premier purveyor of mid-morning natter). This surely means that a nomination for the screenplay of Alan Partridge: Alpha Papa, which all three collaborated on, at the 2015 Oscars is now a fait accompli.

Delight No. 2: The Shocking, But Thematically Apt, Snubbing of Inside Llewyn Davis

I love Inside Llewyn Davis unreservedly. It was my favourite film of 2013 after one viewing, and I've now seen it four times more and it remains a beautiful work of art, and one of the Coen Brothers' best films. And I would have loved it if this brilliant, sad film had been nominated for as many Oscars as their previous film, the hugely fun but incredibly slight remake of True Grit, was. However, the character of Llewyn Davis spends the entire film being shit on by the world: He gets beaten up, loses what little money he scrapes together, and has his dreams ground up and blown to the wind. Nothing could be more thematically appropriate for Inside Llewyn Davis than for it to be almost totally ignored by the Academy.

Delight No. 3: Blackfish Being Shut Out of Best Documentary

I feel it's worth stating upfront that I don't hate Killer Whales. I wouldn't want to go swimming with them, but I don't think they deserve to be mistreated and abused in the way that Blackfish alleges they have been at SeaWorld, and I certainly don't think SeaWorld should escape liability for the deaths that have resulted from their treatment. That said, I came away from Blackfish thinking that it was a pretty shoddily assembled documentary about a very worthwhile and compelling subject, and while I'm exceedingly pleased to see that it has gone out into the world and caused a whole heap of trouble for SeaWorld, hurling bad publicity upon it like chunks of dead fish, I don't think it deserves to be included in the same league as The Act of Killing, Cutie and The Boxer, or any of the other films released last year which pushed the boundaries of what you can do with the documentary format. Blackfish is a noble piece of agit-prop that has had a sizable impact, but it's not a great piece of filmmaking.

Delight No. 4: Karen O is Now An Oscar Nominee

Continuing their trend of nominating musicians who their grandkids think are cool - or, perhaps more accurately, people their grandkids thought were cool ten years ago - the Academy have now added Karen O to a list that include Trent Reznor, Bret McKenzie and David Byrne as musicians who have somehow wound up being Oscar nominees. While I doubt Karen O will get to join the aforementioned musicians in the winners' circle because, as lovely as "The Moon Song" is, it's not got much of a chance against the behemoth that is "Let It Go", it's certainly cool that she is now, in the words of Danny McBride, an Academy Awarded nominated person. Here's hoping she Björks the fuck out of the ceremony.

Delight No. 5: The Best Picture Nomination for Her

The original, and now largely unspoken, reason why The Oscars were created was as a promotional tool for Hollywood as much as it was a way of rewarding artistic achievement. While the awards have gained a considerably greater, some might say inflated, sense of importance over the years, they still serve their original purpose by bringing attention to films which people might not have heard of or considered seeing. While I doubt a Best Picture nomination for Her, Spike Jonze's hilarious and heartbreaking story of computer love, will turn it into a break away hit, it will hopefully convince a few more people to give it a chance. Unfortunately, in the process it may inadvertently turn Spike Jonze into the Roman Polanksi of Apple products; sure, he makes great films, but would you leave him alone with your iPhone?