"And That's The Story": Some Thoughts on Bob Hoskins 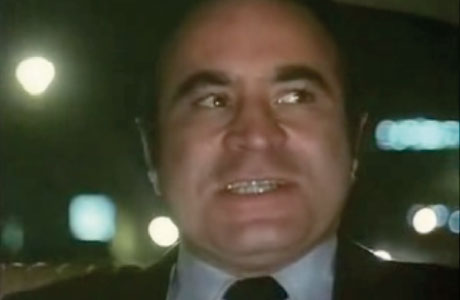 Like many people, I was saddened today to read that Bob Hoskins, the great British actor who over four decades proved to be equally adept in small-scale home-grown productions and in big-budget Hollywood fare, as well as on the stage, has been diagnosed with Parkinson's Disease and has announced that he is retiring from acting as a result.

I usually don't write about news stories since I tend to think there are sources better able to report news as it's breaking. However, Hoskins has been one of my very favourite actors for almost as long as I can remember, and this news has affected me in a way that I wasn't anticipating. As such, I wanted to put down my thoughts about Hoskins as an actor, and why I will dearly miss his presence in film and television.

As someone who was born in the '80s and grew up in the '90s, I was born too late to catch some of Hoskins' earliest triumphs, such as his performance as the lead in Dennis Potter's TV series Pennies From Heaven (a role which was later played by Steve Martin in the ill-fated film adaptation), until I started to investigate his filmography at a much later date. As such, my first exposure to Hoskins was his role as the toon-hating detective Eddie Valiant in Robert Zemeckis' hugely successful movie Who Framed Roger Rabbit. 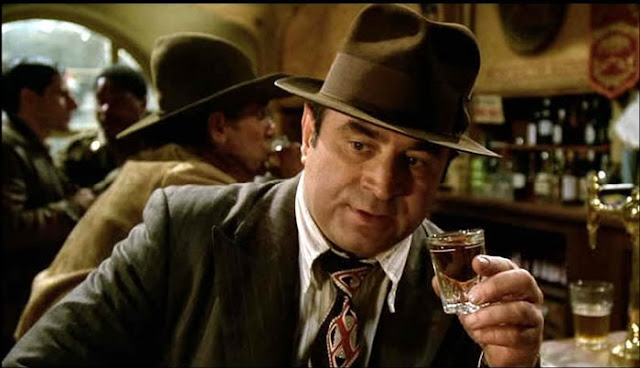 Growing up, Who Framed Roger Rabbit was one of my favourite films, a fact that seems in some ways  completely understandable and utterly baffling in retrospect. Considering that much of the first eight years of my life were taken up chain-watching Disney movies and Warner Bros. shorts, it makes complete sense that the young me would have loved a film set in a world in which all of those characters existed not only together, but in the real world. I'm pretty sure that I would have moved to Toontown if it was a real place, lax health and safety laws be damned. On the other hand, it's a zany spin on film noir and based (at least in part) on an idea for a Chinatown sequel, neither of which were reference points that I was particularly familiar with in my formative years. Yet this bizarre, hilarious and inventive film ranked alongside Star Wars and Beauty and the Beast as my favourite childhood films.

When I revisited the film on DVD a few years ago, the thing that struck me - other than how well the effects hold up and how much of the film I completely did not (and kind of wasn't expected to) understand as a child - was just how good Hoskins' is in the film, even if his accent occasionally wobbles a little between the West Coast and the East End. The film is based on a crazy premise - it is about someone trying to destroy a cartoon ghetto through shady insider trading in order to build a freeway, after all - but as its human face, Hoskins keeps everything grounded by conveying the anger and bitterness that Valiant feels following the death of his brother at the hands of a mysterious Toon. (Played to unforgettably horrifying effect by Christopher Lloyd. I know of no one who watched the film as a child who was not in some way horribly marked by the words, "Remember me, Eddie? When I killed your brother; I talked, just. Like. THIS!") He plays the character pretty straight, even when he's making up a song in order to trick animated weasels into dying from laughter, and the sadness of him struck a chord with me both as a child and as an adult. It's a much angrier performance than you would expect in a film aimed at children, but it's also essential to the film's inviting mix of cartoonish slapstick and murder mystery.

Yet the quality of his performance shouldn't have surprised me that much, since one of the things that marked Hoskins as a great actor was the way in which he brought something to every role he played, even when the roles themselves might not have been substantive. Even in something as terrible as Steven Spielberg's Hook, in which he played Smee, he seemed to be having a great deal of fun, to the extent that he's pretty much the only part of the film (other than Glenn Close(?) being fed to scorpions) that I remember. As recently as Snow White and The Huntsman, which will most likely be his last performance, he brought a great deal of pathos to a character (a blind dwarf who acts as the moral compass for the band of misfits that end up helping Snow White) that could have been instantly forgettable.

But even if Hoskins brightened up any film he happened to appear in, no matter how minor the role (another good example: his brief appearance as J. Edgar Hoover in Oliver Stone's Nixon is a thousand times more interesting than the entirety of J. Edgar), the performances that stick in my mind are his relatively infrequent lead roles. (Including his turn in Super Mario Bros., though that sticks out for other reasons.) Given the chance to anchor a film, Hoskins often excelled at playing tough thugs and gangsters and, particularly as he got older, more melancholy paternal figures.

British director Shane Meadows (This Is England) made particularly great use of Hoskins in his second feature, 1997's Twenty Four Seven. In it, Hoskins played a man who tries to help some of the local youths in his community by getting them to channel their frustrations into an amateur boxing club. Since the film begins with a clearly ill and destitute Hoskins being discovered living rough and the rest of the story is relayed in flashback, it isn't a spoiler to reveal that things don't turn out well. 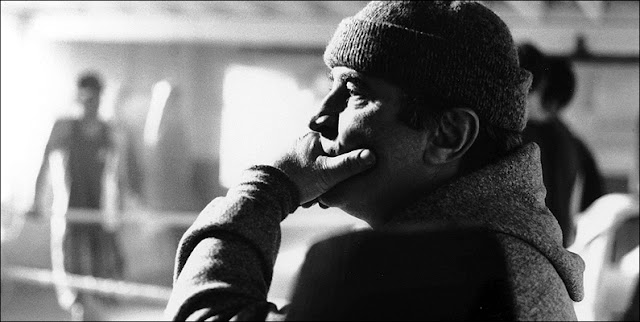 Twenty Four Seven could have been an unremarkable film considering that "man tries to help his community by opening (insert sport club here)" is a pretty tired formula. Yet it is elevated almost solely on the strength of Hoskins' performance and the way in which his wide-eyed optimism in the flashbacks contrasts with the heartbreaking end result. It's an utterly captivating performance that deserves to be talked about more as one of his best.

Yet far and away his best performance can be found in the 1980 gangster film The Long Good Friday, in which he plays a British gangster hoping to clinch a deal with the Mafia, one which gets gradually derailed by the interference of the IRA. Hoskins is great throughout as a man desperately trying to maintain his composure as things start to unravel, but the crowning achievement of the film is its final scene, in which (spoilers!) after telling his American counterparts what he thinks of them in no uncertain terms after they pull out of the deal, he walks to his car and is confronted by a couple of IRA members (one played by a very young Pierce Brosnan) who then take him away at gunpoint to an unspecified (but easily imagined) fate. Here's the whole scene, complete with Hoskins' grammatically bizarre dismissal of the Mafia, "The mafia, I've shit 'em":

That long unbroken shot of just Hoskins' face in the cab is one of my favourite moments in cinema. As he cycles from confusion to anger to scheming to a begrudging acceptance, it says everything without saying a single word. (Whilst planning this post I was informed by my friend Lewis that director John Mackenzie asked Hoskins to imagine the entire plot of the film up that point and react to each event in kind, which is kind of wonderful.) For me, that sums up everything that is great about Hoskins as an actor: his ability to be completely devastating with an expression. (A skill he also employed in the Pennies From Heaven-esque video for "Sheila" by Jamie T, which is filled with terrifically expressive moments and ends on a quietly heartrending look from Hoskins.)

It's also the thing that I will miss most knowing that we have probably seen the last of his work. I wish him all the best, and am glad of the years of great performances that we still have.
By Edwin Davies
Labels: 2012, Bob Hoskins, Editorial, film
Newer Post Older Post Home