First Cut - Who's That Knocking At My Door 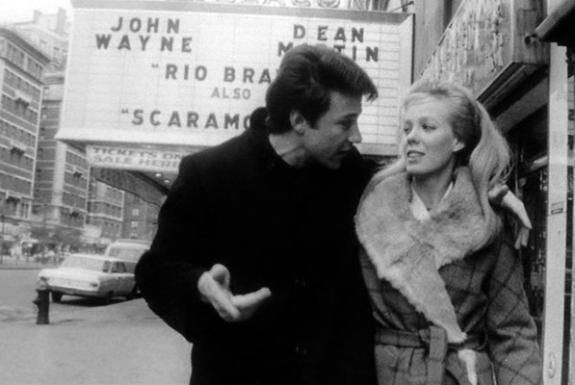 In the second of my First Cut columns for Front Row Reviews, I take a look at Martin Scorsese's debut film, Who's That Knocking At My Door, and try to illustrate that, despite all appearances to the contrary, it shares some common ground with his latest, Hugo. Unfortunately, I was unable to draw a direct parallel between any scene in Who's That Knocking At My Door and the one in Hugo in which Sacha Baron Cohen almost falls face first into a cake. Maybe the scene in which Harvey Keitel kisses the feet of Jesus on the crucifix and comes away with blood dripping from his mouth. Or the one where he falls off a stool.
By Edwin Davies
Labels: film, film review, First Cut, Front Row Reviews, Martin Scorsese
Newer Post Older Post Home