Reasons to be Cheerful: A Game of Thrones

Way back in the mists of time (by which I mean, "last Autumn"), I attempted to start a regular feature on here called "Reasons to be Cheerful/Reasons to be Fearful", each of which consisted of two articles, with one devoted to a film I was excited about (and which would make me "Cheerful") and one devoted to a film I was not excited about (therefore making my "Fearful"). They were fun to write, but trying to come up with projects that in some way corresponded to each other - such as The Fantastic Mr. Fox and Alice in Wonderland - was a bit difficult, and I just didn't enjoy writing about things I wasn't all that excited about.

Now, I'm relaunching the feature as just "Reasons to be Cheerful", in which I will write about films, books, TV Shows, or albums that have got me excited, and which I want to make people aware of. I'm going to make it fairly regular, but I'm not going to set a timetable for it, lest I get over-excited too often and suffer some sort of aneurysm.

To start things off, I'm going to write about the forthcoming HBO/BBC series "A Game of Thrones", which will begin airing next Spring.

Reasons to be Cheerful about A Game of Thrones. 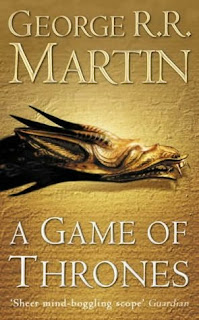 A Game of Thrones is based on the book of the same name by fantasy author George R.R. Martin, and is the first instalment in his ongoing "A Song of Ice and Fire" series. Set in the Seven Kingdoms, a feudal land governed by a handful of powerful families and ruled by an easily manipulated King, A Game of Thrones tells the story of how the kingdom is inexorably drawn to the verge of Civil War by the machinations of the people at Court, and the efforts of the King's Hand (a sort of Prime Minister-figure), Eddard Stark, who at the beginning of the book leaves his home in the North of the Kingdom to replace the old Hand, who died under mysterious circumstances. The book follows several characters, all of whom are important to the impending conflict, whether they are Eddard's children, the last surviving members of the despotic former king, or members of the rival families, as Martin slowly closes the web around his characters and forces them into a situation in which war may be the only option.

What sets A Game of Thrones apart from most fantasy novels is its sense of reality, grit and weight. There is talk of dragons, magic and spells, but mainly it's a story about people trying to stop a war from happening, and trying to navigate the murky world of politics. There's also some badass swordfights, epic battles and an emphasis on dangerous journeys, but these are all rooted in characters and intrigue. It's an incredibly rich world full of entertaining characters (who I'll write about later) that could make for an engrossing television series.

The book is pretty much perfectly suited to being given the HBO treatment, since it has the mix of intelligence, sex and violence that marks out the network's best output - though it's probably end up being closer to Carnivale than True Blood in that regard. HBO has also proven itself time and again to be great at realising worlds - be they an ultra-modern prison complex (Oz), a frontier mining town (Deadwood), or the Pacific theatre of World War II (The Pacific)- and if there's any network out there that could do Martin's world justice, it's HBO.

Admittedly, their history of cancelling shows which require such grand worlds to tell their stories has me a bit concerned (I'm still bitter about Deadwood being cancelled, and so much of Carnivale's story was left untold), but even so, past form suggests that they will get at least two or three seasons out of it.

I first stumbled across this show - and, by extension, Martin's books - when I was looking up what projects Tom McCarthy, who is one of my favourite film-makers, was working on. After his critically acclaimed independent films The Station Agent and The Visitor, not to mention his co-writing credit on Up, I was curious to see where he would go next. So the idea that he would be directing a fantasy series (or at least the pilot) had me intrigued. When I think of fantasy, I think of bombast and pomp, I don't think of the sort of low-key character studies that McCarthy excels at.

Yet that same approach seems perfect for the story. It's not about people making dramatic proclamations or big gestures (in fact, the characters that do those things are the ones most likely to end up dead) but about hushed conversations in stairwells, betrayal and subterfuge. McCarthy is unlikely to direct the whole series since these are generally very demanding, timewise, but the pilot episode of any TV show defines the style in which the rest of the series will proceed (for two great examples of this, check out the pilot for Twin Peaks. David Lynch established everything about the atmosphere and style of that show in one episode, and every subsequent director on the show followed his lead) and McCarthy's particular sensibilities would establish a blueprint for the rest of the show that should keep the character-driven focus that makes the books so compelling.

It also helps that the series is being scripted by David Benioff (An author and screenwriter who wrote the book of and screenplay for Spike Lee's brilliant film The 25th Hour) and author Dan Weiss, with George R.R. Martin serving as a producer. Having people involved who understand how to write novelistically - both in novels and in other mediums - should allow them to keep the film faithful to the source material, espeically with Martin's involvement, without trying to slavishly recreate it to the detriment of the drama.

This is where things get really good from my perspective as someone who has read the book. The cast that has been announced so far just sounds perfect. As Eddard, who is essentially the hero of the book, though that is a bit reductive, you've got Sean Bean. Eddard's not a typical hero figure; he's reluctant to get involved, but bound by a sense of duty, honour and friendship to King Robert (Mark Addy, of The Full Monty and those annoying Tesco ads), so he requires a mix of stoicism and belligerence that Bean could easily carry off.

There's lots of other good actors in the mix, including Lena Headey as the manipulative and vicious Cersei Lannister, wife to King Robert, but what really has me excited about this show is the casting of Peter Dinklage as Tyrion Lannister. 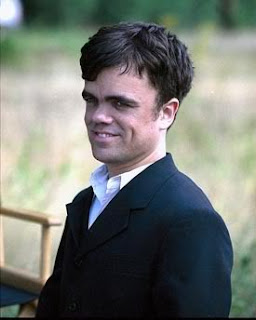 Peter Dinklage is one of my favourite character actors. He's got a fantastic presence and brings a real charm and charisma to his many supporting roles (anyone who hasn't seen Tom DiCillo's hilarious satire on film-making, Living in Oblivion, should definitely check it out, if only for Dinklage's film-stealing cameo as an actor who delivers a joyously vitriolic tirade about the cinematic convention of using dwarfs in dream sequences) and on the rare instances when he headlines a film, such as the aforementioned The Station Agent he displays a depth of feeling that is captivating. The character of Tyrion, who is part of the clan who wants to steal the throne but who the black sheep of the family because he is a dwarf, is a great one to play. He's sarcastic, fiercely intelligent, embittered towards more or less everyone, and gets some of the funniest lines in the book. The role has the possibility to be the standout of the series, and anything that gives Peter Dinklage the chance to become more of a mainstream name is fine by me.

In summary, I am really looking forward to seeing how this series turns out, and I hope that others will check it out, or will at least check out Martin's novels, which are great.
By Edwin Davies
Newer Post Older Post Home