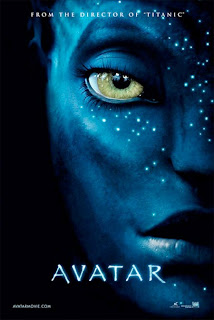 Hype is a dangerous thing. Use it well, and it can propel your product into the stratosphere of success. Unfortunately, the flip side to such a build-up can lead to crushing disappointments. Just look at Guns n’ Roses ‘Chinese Democracy’, or Barack Obama’s failure to fix all the world’s problems in a year.

So after twelve years since James Cameron’s last project (the saccharine teenage girls’ favourite, Titanic), the impossible build up of expectations (it’ll change the way you view cinema!) and the fact that the last project was Titanic, is Avatar actually any good?

Well, as you can probably guess from the by-line at the top of the article, yes. It’s good. Very good. In fact, it’s easily one of the best blockbusters of the decade. After the clusterfuck of Transformers, the unnecessarily overblown world building attempts of the Pirates of the Carribean sequels and the woefulness of 300, the simplicity and artistry of Avatar welcome one of science fictions great action directors back to the top of his game.

Set in a distant future, humanity is struggling for resources, having depleted the earth with rampant industrialisation and imperialism. Now, scouring the stars, they have found the ultimate mineral (the ridiculously named ‘Unobtanium’) which is unfortunately located on the heavily populated planet of Pandora. Humanity’s efforts to deal with the native Na’Vi (a race of giant blue cat people) is split between all out military confrontation and the titular Avatar project. In this, willing pilots control a Na’vi/ human hybrid from the comfort of a Matrix-esque-computer-bed-thingy, and they offer a more diplomatic approach to the situation.

This may sound a little confusing, and to be frank, could very easily be so. However as with many of his sci fi efforts, Cameron has applied a simple story to the complex world building around it. While the story borders on predictable, and heavily resonates the Pocahontas tale, it allows the world to breathe. Apart from District 9, there hasn’t been a new piece of world building as fully developed as this to come straight to the screen in years and, as with that, it’s glorious to behold.

The film follows the paralysed veteran space marine, Jake Sully (Terminator Salvation’s Sam Worthington), after the death of his brother offers him the opportunity to join the Avatar program, despite his lack of training. From here he gets to experience as we do. Inexperienced and virgin to the world, he essentially acts as the audiences own avatar, being led through the world and introducing us to its many wonders, both natural and cultural. Through this medium, we are given a great chance to get an idea of what life on Pandora is like, even if it is somewhat heavy on the exposition.

Worthington plays Sully as the everyman exceptionally well and, given that he's only managed to pull himself into the leading roles this year, he shows a lot of promise for the future. What makes his performance even more interesting however is his addiction to becoming the Avatar, refusing meals, and losing sleep in between his sessions. With his paralysis seemingly making him obsolete in the corporate human world, between the high price of surgery and treatment from other marines ("Meals on wheels!"), his progression to falling in love with his alternate persona is believable and will probably make you want to do the same. It's an interesting subplot given the rise and rise of digital entertainment, with games like the sublime Dragon Age: Origins offering a fully interactive narrative and people losing their marriages to online titles like World of Warcraft, it keeps the themes of the movie relatable to daily life, even in this fantasy world.

Falling in love with Pandora is easier for both Sully and the viewer thanks to the native Na'Vi guide, Neytiri (voiced by fellow newcomer, Star Trek's Zoe Saldana). At once powerful, sexy and mysterious, it's the strength of her character that helps sell the world and the plight of her people. I'm not entirely sure how sexy works for giant blue aliens, but watch the film for yourself. Maybe it's just because I'm tall. Stop judging me!

In general, I found it quite hard to fault any of the performances on display. Sigourney Weaver does a good job as the lead professor of the Avatar project, even though she channels Ripley for most of her early scenes. Michelle "Neil's least favourite actress ever" Rodriguez is actually quite good and Giobanni Ribisi does a great job as the slimy corporate leader. However, of the supporting actors, none compare to Stephen Lang as chief antagonist and general bastard, Colonel Miles Quaritch (though General Bastard would have been a much better name and you know it). Basically it's Dick Cheney as played by an aging G.I. Joe, and he steals practically every scene he's in, furthering the audiences support of the Na'Vi plight like a hate conduit. It's a pitch perfect performance, that could be seen as a little bit comic book or even pantomime, but it's exactly what the film needs.

As you can probably guess though, the real draw here are the special effects. To answer your questions about the hype, yes they really are that good. They manage to create a world full of believable creatures, despite their outlandish appearances, as well as realistic vehicles and fauna, particularly the flying lizard mounts of the Na'Vi, some kind of six legged giant panther and big 'Aliens' style robot battle suits used by the humans. The most impressive are the Na'Vi themselves. They look alive, and that is the key to their success. Their eyes convey as much emotion as their human counterparts, and their flesh is so realistic, it makes it look like blue is a real skin tone.

The 3D does add a sense of depth to proceedings, but at the same time is not a deal maker. It's great when it works, and it does help generate a sense of scale, but given the quality of the effects and sets, I'm not entirely sure how influential it is to the audience. That said, the option is there, so if you've got the option, I'd definitely recommend it.

The reason these effects work so well though is that Cameron is a real film maker. He understands cinematography and pacing and all these other things that Michael Bay has no concept of. To compare this to Revenge of the Fallen (twice in one article) is actually quite essential, as that is one of the few films that could rival Avatar in terms of its use of high quality CGI. The difference is though, that no matter how busy Avatar gets, you can always see exactly what's happening at any given time, no matter how frantic. Sadly what has become the norm appears to be shaking the camera round so much, you only know what exactly happened from whether the protagonist is crying or smiling by the end. Which is why that film was a mess, and why Avatar looks great.

Avatar is genuinely one of the best action movies of the last few years, perhaps even decade. Though the story is fairly predictable, the world building, underlying satire and performances more than make up for it. The action sequences are second to none and act as a great reminder of why we loved James Cameron in the first place. Is Avatar the future of cinema? Possibly, yes. Will it be for it's use of 3D? Possibly, but hopefully not. Though it the 3D was impressive, what would be great to see is more films taking inspiration from the imagination, the clarity of vision, the pacing and the emotional engagement from the characters.

But if, as a film maker, you take one thing from Avatar, make sure it's not using Leona Lewis to sing your theme song.