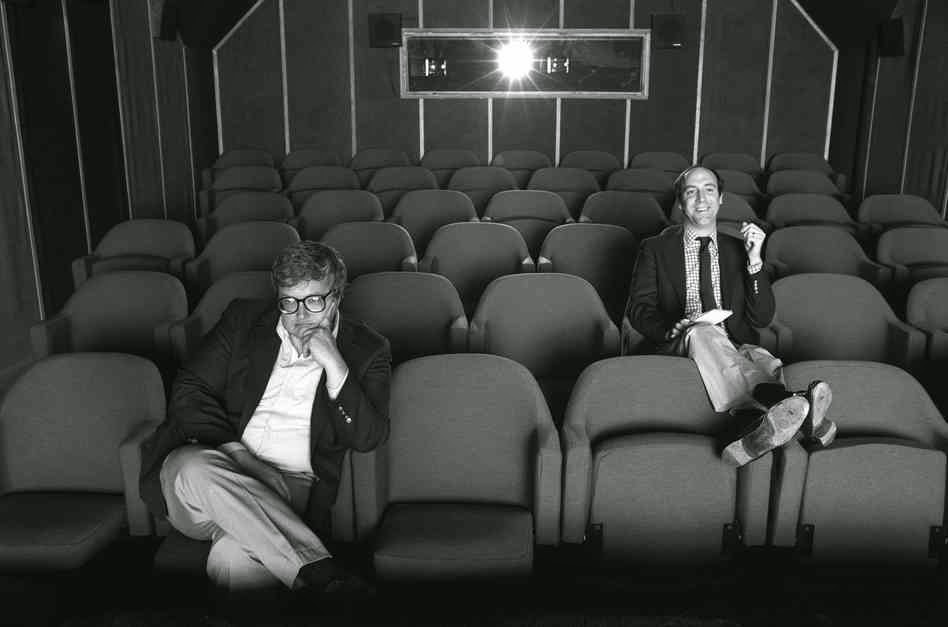 The first time I remember reading one of Roger Ebert's reviews was when I was in my first year of University in early 2005. It wasn't a review of a current release, but one of George A. Romero's Night of the Living Dead, and it made a pretty big impression on me. Mostly, this was because it featured a ton of plot details which probably would have bothered me had I not already seen the film, and did piss off a friend of mine who read the review without seeing the film first. But it also stuck with me because it was unlike any film review I'd read before. It was less a review of the film itself than of the screening Ebert attended, and of the broader culture in which the film was made. It was also unabashedly personal, and offered a pointed critique of a wrongheaded certification system which allowed young children to see acts of horrific violence purely because there was no nudity in Romero's film. It was a man speaking his mind, plainly and forcefully, and it was a mind I returned to countless times over the next decade.

Why start a review of Life Itself, Steve James' documentary about Roger Ebert, with a bit of personal history? Because I feel it's important to state personal biases wherever necessary, and I think that a bias definitely exists in the case of Ebert and myself. Our paths never crossed, but without him I would not be writing this review. Not merely because without him there would be no film to review, but because without him I doubt I would ever have started writing about films in any serious way. Reading Ebert's reviews of new releases, and combing through the archives to see what he wrote about old films that I was only just discovering (often because they were films that he had mentioned in passing or discussed at length in his Great Movies columns), was a crucial part of my cinematic education. I write about films because I love cinema, and if I do it with any skill, it's because I spent hours reading Ebert. So it probably goes without saying that his work had a profound impact on me.

As Life Itself demonstrates, though, my case is far from unique.

Based on Ebert's memoir of the same name, James' film takes a more or less chronological approach to his life, starting with his childhood, then working through his college years, and hitting the major points like his 46-year tenure as the film critic for the Chicago Sun-Times, his contentious relationship with his At The Movies co-host Gene Siskel, and his marriage to his wife Chaz. But whereas Ebert's memoir was, like most works of autobiography, about a man assessing his life by looking inwards, James' film views Ebert through the prism of other people; the friends, family and admirers whose lives he has touched and who have in turn shaped him. And, of course, the book was written before Ebert's death, while the film covers what would ultimately be the final months of his life, a fact reflected in James' decision to bookend the film with scenes of his memorial service.

Ebert's early years are largely described using passages quoted directly from the book and read by actor Stephen Stanton, who does an admirable job recreating the distinct voice that was lost to the cancer that would ultimately claim Ebert's life, and through interviews with his friends and fellow newspapermen. Though Life Itself does emphasise a lot of Ebert's good qualities as a writer and as a person, it's also fairly unflinching when it comes to discussing the darker aspects of his life. It covers his alcoholism, which he says would surely have killed him had he not sobered up, the initial, barely concealed hostility he and Siskel had toward each other (at one point their show Sneak Peeks is described as "a sitcom about two guys who lived in a movie theatre" and they are compared to Felix Unger and Oscar Madison), and his generally poor taste in women during his many years as a bachelor.

Those stories are often relayed with a wry smile from his friends, and they create a strong image of Ebert as a fun, complex individual, but his own testimony - whether relayed through Stanton's readings, archive footage or his email correspondence with James - gets across just how lost and alone he often felt, even as he became a Pulitzer Prize-winning writer and one of the most widely read critics in the world. The version of Ebert that emerges from interviews is a fairly positive one (hardly surprising considering that Life Itself is, at least in part, a eulogy that he helped shape) but it is far from a hagiography. It doesn't shy away from saying that he was often difficult to work with - a series of outtakes in which Siskel and Ebert argue over how to record a promo ends when Siskel appending "and the asshole" to the title Siskel & Ebert & the Movies - and doesn't hold back when showing the difficulties that Roger and Chaz faced as his health deteriorated.

One scene, in which we see a nurse inserting a tube through a hole in Ebert's throat to remove fluid, is particularly distressing since the camera holds on his face throughout the procedure, and he seems to be in great pain that he has to endure silently. This approach was clearly Ebert's choice since he congratulates James on capturing such a striking moment, and later says that he would have never been involved if there had been any attempt to soften the hard realities of his condition, even going so far as to tell James that "This is not only your film." Meanwhile the interviews with Chaz show her to be a woman with tremendous reserves of strength and love for her husband, who in turn said that she was largely responsible for giving his life meaning, but the numerous hospital visits and stints in rehab take their toll on both of them, making for some scenes that are truly devastating in their honesty about what it takes to care for someone whose body is slowly, inexorably failing.

Aside from the personal details, which are plentiful and immensely moving, particularly the moments when we get to see Ebert with his grandchildren, Life Itself spends a lot of time establishing Ebert's place in movie history and within the context of film criticism. Ebert's position as a populist, a label which he never shied away from but actively embraced, put him at odds with many of his fellow critics, particularly Richard Corliss, who argued in Film Comment that the didactic approach of At the Movies was harmful to the broader discourse because it encouraged such a sharp distinction between 'good' and 'bad' movies. Considering that Siskel and Ebert were so popular that they were frequent guests on The Tonight Show - which at one point allowed Ebert to pan Three Amigos! while Chevy Chase sat right next to him - and even had the dubious honour of having buffoonish minor characters in Roland Emmerich's Godzilla named after them, Corliss' concerns about their prominence was fairly well-founded: Not just anyone could supplant the Romans as the primary users of Thumbs Up/Thumbs Down in the popular consciousness.

Life Itself compellingly argues that Ebert used his frankly unequaled power for good, bringing attention to the works of films and filmmakers who otherwise may never have been given the time of day. Directors like Gregory Nava, Errol Morris (whose debut film Gates of Heaven Siskel and Ebert reviewed on three separate occasions) and Ramin Bahrani attest to Ebert's role in championing their work when no one knew who they were. (Not to mentioned Steve James himself, whose film Hoop Dreams was tirelessly championed by both Siskel and Ebert.) Ebert was an advocate for new voices - or, in the words of Werner Herzog, "a soldier of cinema" - and while he had a wicked wit, and could tear a movie apart with the best of them, he was never happier than when he discovered a film that moved him, that exemplified his idea that movies served as empathy machines that allow us to better understand other people, and what it is to be human.

The respect that Martin Scorsese shows for Ebert, both for championing his first film Who's That Knocking at My Door and for expressing his supreme disappointment with The Color of Money, speaks volumes about the impact his words could have, not necessarily on a film's box office, but on the hearts and minds of the people who made the art that he loved so deeply. That love is what drew me and countless others to Ebert's writing, especially as he began to write so much online after losing his ability to speak, embracing the Internet in a way that few of his peers ever had before. You might not agree with what he said - for the record, he was exceptionally wrong about most of David Lynch's output - but you couldn't deny the passion behind his convictions. Life Itself is an often harsh, but ultimately lovely and loving tribute to a life spent pursuing a passion and inspiring it in others.