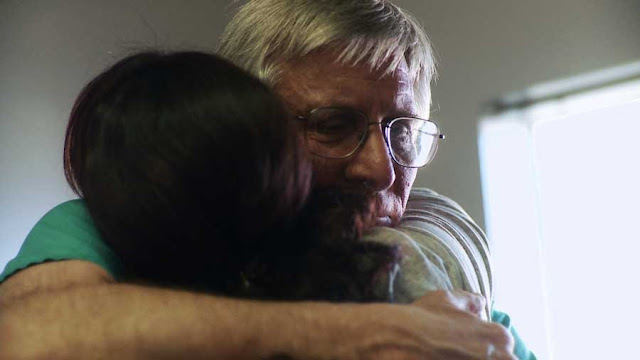 Forty years after Roe v. Wade, the abortion debate continues to rage throughout America, with fierce and angry rhetoric coming from both sides. Depending on where you stand on a woman's right to choose, the media and politicians all but force you to view the other side as either religious nutjobs or psychotic baby murderers, while the other side are compelled to view you in the same terms. It's an atmosphere that limits genuine discussion while promoting acts of extremism such as the murder of George Tiller, one of only a handful of doctors qualified to carry out late-term abortions in the United States. While Tiller is not the subject of Martha Shane and Lana Wilson's After Tiller - the clue is in the title - his death and the political and social landscape that made it possible form the backdrop to a film about the four remaining doctors legally allowed to carry out abortions in the third trimester, as well as the people they treat.

It is impossible to make an apolitical film about abortion in America today, mainly because the debate over the issue has been framed so as to draw stark and immutable lines. Shane and Wilson don't shy away from the politics of the issue - a portion of the film is devoted to the efforts of anti-abortion activists to prevent one of the subjects, Dr. LeRoy Carhart, from opening a new clinic, while another, Dr. Warren Hern, talks about threats sent to his elderly mother - their film is far more concerned with capturing the day-to-day lives of the doctors. It's a deeply compassionate approach which, by the very nature of the subject matter, cannot help but throw the broader issues into sharp relief.

After Tiller is undoubtedly a pro-choice film, at least in terms of the broader debate (i.e. it acknowledges that abortions happen, that they are legal in most States and that they are sometimes a painful necessity) but more importantly it is a pro-doctor film. Carhart, Hern, Shelley Sella, and Susan Robinson come across in interviews as diligent, empathetic and hard-working individuals carrying out a difficult task in the face of incredibly daunting opposition.

Even without Dr. Tiller's death, which obviously has had a profound effect upon his colleagues, haunting some and galvanising others, the threat of violence surrounding their work would be palpable. There is nothing sensational in After Tiller, no scenes of protesters hurling abuse at the doctors or physically assaulting them, but there is still a sense of unease whenever the film shows the inside of the clinics with their higher-than-average security and tenser-than-average atmosphere. The film is incredibly and admirably measured in its depiction of the doctors, but the basic facts of their situation can't help but make them all seem like martyrs simply for doing a job that no one else wants to do.

The most powerful moments come not from the interviews with the doctors, though those do much to show what decent, humble people they are, but from the scenes in which they are shown interacting with their patients (all of whom, understandably, appear anonymously). As in every other aspect, Shane and Wilson shoot these scenes in a bare, sparse way which manages to capture the heartbreak experienced by men and women confronted with one of the toughest decisions they will ever have to make. In an incredibly calm and subdued way, After Tiller manages to convey the gravity of the situation for each individual without losing sight of how deeply personal and unique each instance is. These scenes are almost unbearably intimate and uncomfortable, not through any overt manipulation on the parts of the directors, but through the mere fact that we are allowed to watch the painful, complicated moments unfold.

It also offers an insightful look into the effect that these encounters have the doctors themselves. Not only do the doctors have to talk their patients through their decisions and carry out the procedures, both of which are harrowing enough, but they also have to weigh up when to say "No" and opt not to carry them out. It's incredibly moving watching the doctors struggle with their own ethical and moral decisions at the same time as having to do the best that they can, and there is something quietly heroic about that aspect of their jobs.

After Tiller is an important film that crucially never feels self-important. Shane and Wilson's film is a quiet, unassuming examination of a difficult and painful issue which tries to bring nuance and humanity to a debate which too often is reduced to an abstract. It deserves to be seen by people on both sides of the argument, not because it will change their entrenched opinions, but because it may offer them a new perspective.