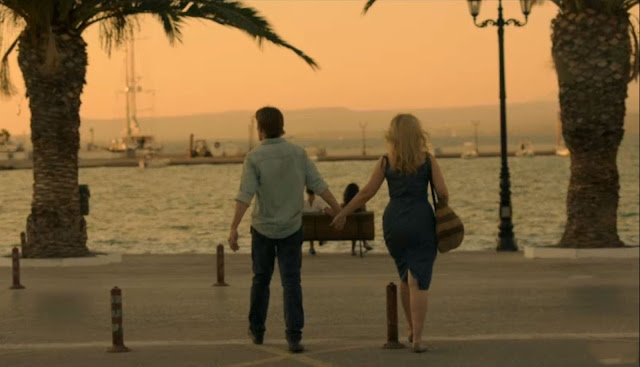 July marks the half-way point of the year and, as has become customary, both for myself and pretty much the whole of the Internet, that means that it is time to take stock and try to figure out what kind of year it has been so far. And obviously the best way to judge something as ephemeral as quality is arbitrarily ranking vastly different films. Yay, film criticism!

While the first six months of the year have been by most accounts pretty good, offering up plenty of varied and interesting films from every corner of the globe, from both the mainstream and the arthouse, it's not been that great for me, personally. I've been working pretty hard in my full-time job and because some of the real causes célèbre like Spring Breakers, To The Wonder and Frances Ha just haven't hit to my neck of the woods yet, so there are some pretty big gaps here and there. If and when they show up, either in theatres or on Blu-ray then I will tear into them with gusto. For the moment, though, here are the ten films from 2013 which have had the biggest impact on me, some of which I freely admit aren't really that great.

Note: This is based on U.S. releases dates, so stuff like Django Unchained and Cloud Atlas, which would absolutely be included on this list if I was still living in the U.K., have been discounted since they were included in my end of year list.

Linklater, along with his collaborators Ethan Hawke and Julie Delpy, put a perfect cap on the saga of Jesse and Celine with a film which is by turns funny, sweet and deeply melancholic. Though I like the idea of them continuing to revisit the characters every nine years in a fictional equivalent of Michael Apted's Up series, I also think the ending of Before Midnight is as good a place to leave them as any.

Park Chan-wook's English-language debut displays all the visual ebullience that has marked him as one of the shining lights of a great decade for South Korean, but it's also married to a strong script by Wentworth Miller which blends narrative simplicity with real (Electra) complexity. A thoroughly disquieting horror film centred around three great, wide-eyed and crazy performances from Mia Wasikowska, Matthew Goode and Nicole Kidman.

Carruth made a big impression with his ultra low-budget debut Primer back in 2004, then made us wait nine years to see what other mind-bending tricks he had up his sleeves. While Upstream Color doesn't have the narrative complexity that Primer had - by which I mean that you don't need a fucking chart to understand what is going on - it makes up for that deficiency with an emotional denseness that is hard to parse. A very strange, achingly sad science fiction film full of love, loss, longing and twenty different things I'm certain I missed the first time around.

Possibly the first documentary to tell the story of a genocide from the perspective of the winners, or at least from the perspective of winners who don't feel too bad about their actions, The Act of Killing is a deeply disturbing examination of blasé evildoers. Its subjects are self-described gangsters who committed thousands of murders in the Indonesian genocide of 1965-6 and are celebrated by the government as heroes. Oppenheimer allows them the chance to tell their story through any cinematic style they choose, and the results are unnerving, and are all the more so because they can be quite funny.

After Shotgun Stories and Take Shelter, Jeff Nichols can make a legitimate claim to being one of the best new American directors currently working. Mud cements that notion, even if it lacks the visionary quality of the first two films. Recalling Stand By Me, but also reaching back to Mark Twain (by way of Dickens' Great Expectations) his coming of age story about a couple of young boys helping a mysterious, surprisingly shirted Matthew McConaughey is soulful and deeply-felt, but never shies away from the harshness of adolescence.

Considering how dour comic movies have become in the post-Nolan era, it's heartening to see that Marvel are maintaining their commitment to making superhero movies that are actually, you know, fun. Handing the reins over to Lethal Weapon writer Shane Black could have been trouble considering he has only directed one film before, but as on that film, Kiss Kiss Bang Bang, he demonstrated a deft wit and consummate ease at mixing a lively Robert Downey, Jr. with a script that both exploits and explodes the conceits of the genre he inhabits. Breathless fun, and a subversive commentary on the nature of Iron Man as a character.

7. The Place Beyond the Pines (dir. Derek Cianfrance)

Though the time-skipping structure makes the film a little unwieldy - it's basically three shorts grafted on to each other - Cianfrance's follow-up to Blue Valentine is an involving epic which might be a little too neat in its construction but earns its payoff with fine performances from Ryan Gosling, Bradley Cooper, Dane DeHaan and Emory Cohen.

After the disappointing Brave and truly awful Cars 2, Pixar rebound with a fun campus comedy that, in all honesty, probably doesn't need to exist, but is packed with very strong gags, a freewheeling sense of adventure and some genuine heart. I don't think that I needed to see how exactly Mike met Sulley, but I'm not unhappy that I did.

It's at once bizarre and wholly apt that Soderbergh begins his "retirement" from feature film making with this twist-laden Big Pharma drama that starts out as a tale about a woman's (Rooney Mara) battle with depression, then turns into something a little grubbier. After all, a talent as mercurial as Soderbergh's would be ill-served by a swansong weighed down by portent, or one that stayed within a single mood or genre.

See what I mean about this year not being terribly great for me? I can't guarantee that I would have liked Frances Ha or To The Wonder more than The Great Gatsby sight unseen, but I feel fairly certain that a couple of more visits to the cinema would have forced this one out of my Top Ten at the very least. Anyway, I wasn't as down on Luhrmann's adaptation of F. Scott Fitzgerald's classic novel as others; it captures the decadence of the Jazz Age with brio and makes for a shiny spectacle, but it's as hollow as Gatsby's life. That might very well be the point, but that still doesn't make the film itself terribly nourishing.

So, by no means a terrible year so far, but I hope that the next six months (which will no doubt include me catching up on what I missed from the first six: damn you, real life!) will provide a bit more substance and less glamour. Or at the very least a nice mixture of the two.
By Edwin Davies
Labels: 2013, Before Midnight, film, film review, half-time, Iron Man 3, monsters university, Mud, review, Side Effects, Stoker, The Act of Killing, The Great Gatsby, The Place Beyond the Pines, Upstream Color
Newer Post Older Post Home