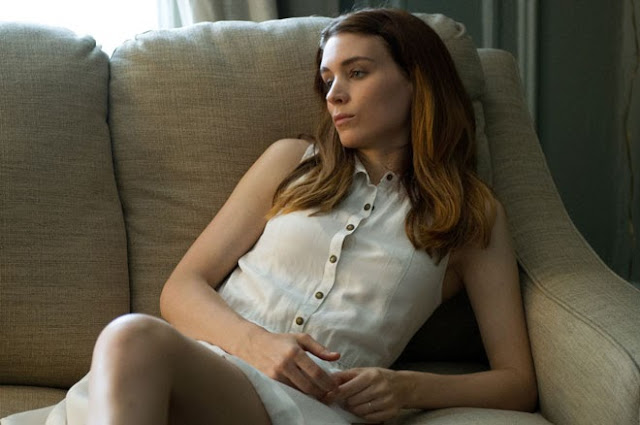 Steven's Soderbergh's retirement from filmmaking - something which, considering his commitment to directing an entire television series next year, should probably be viewed through huge sceptical quotation marks - has had two distinct yet symbiotic consequences. Creatively, it seems to have reinvigorated him, giving an urgency to his work that suggests that he is trying to work through as many genres and styles as he can before he leaves film behind forever (again: sceptical quotation marks). When you look at the disparate films he has made since he announced he was walking away - from the throwback action of Haywire to the lurid kineticism of Magic Mike - as well as the speed at which they have been produced and released, there is a definite sense of an artist trying to get everything out of his system before it's too late.

From the perspective of the audience, his retirement has also had the effect of making each of his final films seem substantial or important, arguably more so than that actually are. That's not to say that Magic Mike isn't a really interesting film which has something to say about the economics of life in modern America, but it's also meant to be fun and fairly light. Even when the bleakness of its situation or the weight of its themes are taken into consideration, it's still a movie about male strippers, with all that premise entails. This effect is magnified tenfold with Soderbergh's final film (for now) Side Effects, which seems like it should be incredibly important and weighty given that it is the last film he has chosen to make, but in reality is quite the opposite. It's a taut Big Pharma drama, but it feels strangely light for a final work, even a work covered in caveats.

For the most part, the film serves as the Soderbergh's tribute to his own eclecticism. Much as Soderbergh delighted in his chameleonic ability to shift between genres from project to project, in Side Effects he accomplishes the same trick in a film already in progress. Initially, it's about Emily (Rooney Mara), a young woman whose husband (Channing Tatum) has just recently finished serving a prison sentence for insider trading. After the initial excitement of his return fades, Emily falls into a deep depression which culminates in a failed suicide attempt. It's at this point that she comes to the attention of Jonathan Banks (Jude Law), a psychiatrist who prescribes an experimental drug to Emily on the advice of her previous doctor (Catherine Zeta-Jones) in the hopes that it will alter her tragic trajectory. After some initial success, which finds Emily breaking through the fog and enjoying life again, the drug starts to have some unintended, well, you know.

The fun of Side Effects, and it is a film that finds Soderbergh in fun, genre mode, is the way in which it gradually switches from being one kind of film to another, to the point that it almost catches you off-guard when you realise you're watching an entirely different story to the one you started. It's not so much a gearshift movie as it is a magic eye painting; One minute it's one thing, the next it's another entirely. Not only does it change genre and tone, going from what appears to be a sober examination of the queasy relationship between the pharmaceutical industry and psychiatrists (and the effects that relationship has on innocent, vulnerable people) to a Polanski-esque exercise in paranoia, it also changes protagonist, too. It's a giddy, malleable little thing that twists and turns more than a leaf in a hurricane, though it's considerably more fun to watch.

It helps that at the heart of the film are a number of power dynamics that are constantly being upended and questioned. Whether they are between husband and wife, doctor and patient, patient and medical institution, the film delights in throwing what we know completely out the window. In the battle for dominance that defines the second half of the film, tables turn more often than at a revolving restaurant. The cast help maintain this state of flux by giving fine performances that nicely balance the different layers of knowledge and deception on display. Rooney Mara, in particular, is great at being both manipulated and manipulator without ever overplaying her hand.

And even though it is a fleet-footed thriller, there is an undercurrent of darker thematic substance at the heart of the film. Scott Z. Burns' script uses the struggle between individuals to unearth and highlight the seedier sides of the pharmaceutical industry, the corrupting power of doctors who can determine whether or not someone is fit to be a part of society and the powerlessness that can come with being considered mentally ill. It couches these ideas in a story which is never afraid to be a little sleazy, at times bordering on erotic thriller territory, but it's slyly subversive all the same.

Perhaps not the great final statement one might hope for from a talent as great as Soderbergh's - but then again it's unlikely to be the last we hear of him - Side Effects is still a fun, expertly put together thriller that plays with chaos in order to disorientate its audience, but never once loses its centre. It might be too convoluted and, frankly, silly at times for all audiences, and that silliness could undermine the few serious points it wants to make, but for those on its wavelength it's a riotous good time.