The Viewer Who Knew Too Much

Warning: Since this article is about the nature of spoilers and twists, it does mention several in detail. If you haven't seen Audition, The Third Man, Psycho, Citizen Kane or The Usual Suspects and don't want them ruined, best not to read it.


For a very long time I've wondered about "spoilers" and the question of how much should be revealed about a film to prospective viewers. Where should the line of demarcation be drawn? At what point does giving a plot synopsis bleed over into ruining the film?

In particular, I've never really known what to do when dealing with films that contain twists. On the one hand, telling someone that there is a twist can generate excitement - you just need to look at the number of film trailers that use some variation on the phrase "You won't believe how it ends" to see that there is support for this theory within the industry itself - but it could also be considered a spoiler in itself, since it sets the viewer up to expect something out of the ordinary to happen. If you suspect a shocking twist, it's not really much of a shock. 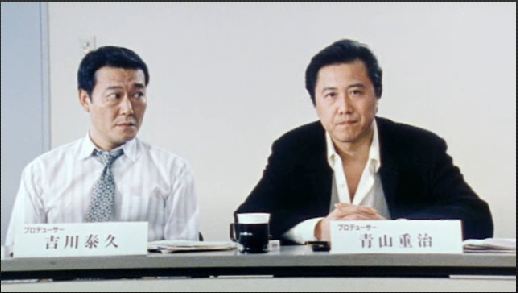 For example, I watched Miike Takashi's Audition for the first time the other day. As someone who admires Miike's really quite staggering work rate* but who has never really liked any of his films, I was surprised by how much I loved it. Don't get me wrong, I didn't go in expecting to hate it. Far from it. Everything I had heard about the film led me to believe that, if nothing else, it promised to be a pretty unforgettable experience, and as a fan of horror films-

By merely admitting that Audition is a horror film I have, to an extent, spoiled it for you. For its first half, the film plays out as a high-concept rom-com in which a widower (Ryo Ishibashi) is persuaded by his friend (Jun Kunimura) to hold an audition for a fake movie. Whilst women are coming in believing that they are being given the opportunity to appear in a movie, they are actually been tested in order to find a potential wife for Aoyama (Ishibashi), which makes for a protracted montage in which the two men ask questions that veer from the blandly facile ("Can you smile?") to the creepy and invasive ( "Have you ever worked in the sex industry?"). Eventually, Asami (Eihi Shiina) walks into the room and Aoyama is instantly smitten. She is everything he could want in a wife; beautiful and intelligent, yet submissive and, owing to her unfulfilled dreams of being a ballerina, a little bit damaged. 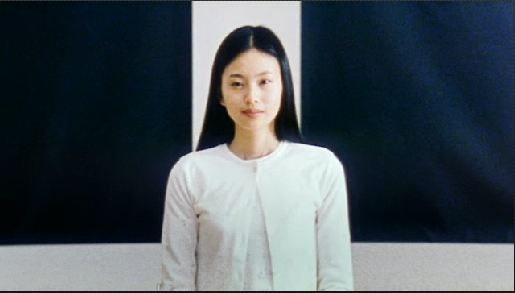 Over the protestations of his friend, he enters into a tentative relationship with Asami, which suggests that the rest of the film is going to revolve around their growing relationship and the way in which they will come to understand each other. Maybe in the third act, Asami will discover that their relationship was built on a lie, they'll have a fight, and everything will be resolved by the time the end credits roll.

In a sense, that is the way that the film unfolds. Asami and Aoyama's relationship does develop - he falls more in love with her, she develops an obsessive attachment to him - and they do come to understand each other - Aoyama discovers that Asami is a psychopath responsible for at least one grizzly murder. Asami also discovers that their relationship was built on a lie, but if I were to reveal just how she reacts that would really ruin the film.

As I've already said, I loved Audition and wound up thinking that it was one of the best horror films I've ever seen. At the same time, I couldn't help but think that my viewing would have been a truly mindblowing experience if I had watched it without knowing beforehand that there was that sudden shift halfway through the film (or, to borrow a phrase from Paul Thomas Anderson, if I hadn't known that it was a "gearshift movie"). There isn't anything in that first half to suggest what is going to happen in the second, so if I had watched it expecting to find a weird romantic comedy, but actually got a profoundly fucked-up psycho-sexual horror film, I'd have been really quite amazed by the whole thing.

(At the same time, I had to wonder; why the hell would I be watching Audition if I didn't know there was a crazy twist? The only reason it is ever really talked about is because it has such a jarring shift halfway through, and without that there isn't much to distinguish it from the many other films that Miike has directed, other than that it is relatively tame and restrained in comparison to a lot of his work.)

This got me thinking about other instances in which I've known crucial details about a film before watching them, and I realised that, with very few exceptions, I still loved the films even though they didn't hold any surprises for me (or at least they didn't hold the surprises that I expected, if that makes sense).

My favourite example of this is Carol Reed's The Third Man. It's one of my favourite films, one that I can revisit time and again without tiring of, yet long before I watched it for the first time I have known that when Holly Martins goes to Vienna for his friend Harry Lime's funeral, Lime isn't actually dead. It has become something of an open secret over the years considering that most editions of the film feature Orson Welles' face on the cover, which does give the game away somewhat, but I'm sure my first viewing would have been markedly different if I had watched it without knowing that information. Yet I loved it all the same.

Now, contrast that with Bryan Singer's The Usual Suspects. It's a film that I appreciate on a technical level, in terms of how well it is shot, how great all the actors are in it and how the script is structured, yet I've never liked it. Thanks to film magazines and TV shows discussing the film, I knew who Keyser Soze was from the beginning, so the whole film wound up feeling like one long, drawn out journey to somewhere I'd already been. It's the perfect example of a film that hinges on a twist, but which offers nothing new on subsequent viewings other than the opportunity to see just how darn clever it is and how all the piece fit into place. You might as well watch someone assemble a watch for two hours.

Great films can survive having a few elements of the plot, even fairly major ones, revealed without it completely destroying the experience. It doesn't matter if you know that Rosebud is Charles Foster Kane's sled, that Harry Lime isn't dead or that Marion Crane dies halfway through Psycho. If a film can be ruined by knowing what happens in it, then it probably wasn't that good a film to begin with.


*At the time of writing he has directed over 70 films since 1991, which is the sort of productivity that is usually only associated with silent film directors working at the turn of the last century.
By Edwin Davies
Labels: Audition, Carol Reed, Cinema, film, film review, Psycho, spoilers, The Third Man
Newer Post Older Post Home