Reasons to be Cheerful: The Lovely Bones 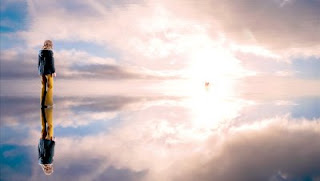 Alice Sebold's 'The Lovely Bones' is not a good book. It's an interesting idea - a young girl looks down from Heaven to watch her family cope with the aftermath of her murder, as well the hunt for her killer - that too often indulges in grandiose statements about the nature of existence. It's a banal exercise in faux-intellectualism wrapped up in the sort of pretty precious prose that guaranteed it a place of honour in Richard and Judy's Book Club.

If I have such antipathy towards the source, why then am I so excited about the film version? Two words: Peter Jackson. 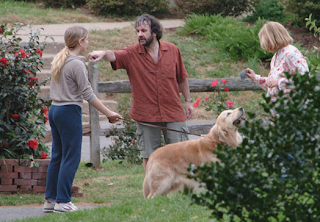 The New Zealand director behind The Lord of The Rings Trilogy, as well as a diverse filmography that covers zombie splatterfests, sweary puppets, killer teens and wacky ghosts, has directed the film and I have a great deal of faith in him as a film-maker. He is one of the few film-makers currently working who understands how to ground fantasy in a real world and who can combine spectacle with emotion. The Lovely Bones seems tailor made to his sensibilities, encompassing the aspects of horror, mystery and vaguely supernatural drama that characterised his 1994 masterpiece, Heavenly Creatures, but which also allows him to display his visual talents and love of effects, as evidenced in the picture of Susie Salmon's 'Heaven' above, and in the trailer:

The few glimpses we get of heaven suggest that Jackson and his team have let their imaginations go wild with this one; shifting landscapes, a field of stars and flowers that unfurl under giant ice-sculptures. If nothing else, the film promises to be a visual feast.

Jackson and his co-writers, Fran Walsh and Philippa Boyens, also have a history of turning books that aren't that great into terrific films, as evidenced by their sterling work in turning Tolkien's hugely imaginative but languidly paced and turgid tome into three wonderful films. Turning Sebold's novel into a workable film should be a snap for them after that mammoth undertaking.

The mere fact that The Lovely Bones is a bad book may play into the film's favour, There is a long and storied history of bad books being turned into good or great films. Orson Welles quite famously took on the book Badge of Evil, a book he considered terrible, to prove that he could make a great film from a substandard book. The film he made was Touch of Evil, one of Welles' finest films and a strong contend for one the best entries into the film noir genre. If the adage that a bad book could be turned into a great film holds true, then The Lovely Bones could wind up being a classic.

It's also got an amazing cast. Saoirse Ronan, who shot onto the scene as a young girl who does a terrible thing in Atonement, plays Susie, the girl whose murder sparks off the events of the story; Mark Walhberg and Rachel Weisz play her parents; Susan Sarandon plays her grandmother; and Stanley Tucci plays her murderer. That's a hell of a collection of character actors, and that's before we even mention that further down the cast list we have Michael Imperioli (Christopher from The Sopranos) and Thomas McCarthy (writer-director of The Station Agent). That much talent should hopefully be able to bring the rather limp narrative to life.

I still have reservations about the film; early problems such as Ryan Gosling backing out from playing the father over creative differences, and rumours that production was stopped due to Jackson fighting with his art director, suggest that it may not have been the happiest shoot (then again, history is littered with great films that emerged from the unhappiest circumstances). And, of course, I am still worried that all the talent in the world could not make a good film out of a bad book (then again, I'm sure people didn't think you could make a good film out of say, The Godfather). We live in hope, as always.
By Edwin Davies
Labels: films, lovely bones, peter jackson
Newer Post Older Post Home