Spurred on by the terrifying productivity of Luke Grundy, who recently started the excellent film and music blog Odessa and Tucson , I've decided to get my finger out and start blogging seriously. I've written a fair deal on here in the past, but I'm aiming to get up some serious momentum in order to avoid the sort of droughts that befall this blog every autumn. In order to reach this terminal velocity, I am going to write a post on here every day from now until the 31st of August.

Not only will this get me used to working up the energy to write a couple of times a week, it'll also allow me to work through the backlog of reviews I've got slowly piling up and to launch a couple of features that, if I can keep at them, could be very good. 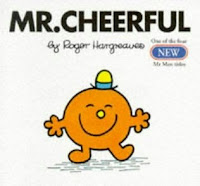 All this is a somewhat rambling way of saying that this will serve as the inaugural edition of 'Reasons to be Cheerful', which will go up every Friday and will consist of me looking in depth at a forthcoming film that I think is worth getting excited about and will keep most people from jamming their heads in the oven for just one more day. And if you still feel like doing it afterwards, at least you'll have spent your last moments reading words that I have written, which will at least make your last conscious thoughts worthwhile.

However, in the interest of fairness, each Saturday will bring 'Reasons to be Fearful', in which I write in depth about a film which I think looks terrible. However, I will not merely content myself to writing positive accounts of arthouse fare and scathing ones of blockbusters, oh no, each pairing will correspond in some way, so an arthouse film will be paired with an arthouse film, a blockbuster with a blockbuster, or a children's film with a children's film. The first pairing, which you will get to see very soon, should give you a sense of what I mean by this reciprocal arrangement.

Hopefully the positivity of the former should outweigh the negativity of the latter, and ultimately I hope that people reading this, whilst they may put their heads in the oven, will still feel that life if worth living enough not to turn the gas on.

Stay tuned for the first installment of what will no doubt prove to be a huge albatross around my neck by about the 14th of August.
By Edwin Davies
Newer Post Older Post Home