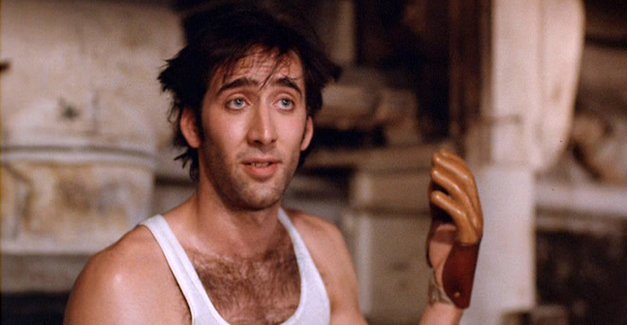 I'll be putting together my top films of 2017 list over the next day, so it's as good a time as any to look back at the older (i.e. pre-2010) movies I watched for the first time this year. I didn't watch as many movies this year as I would have liked, but I saw plenty of great ones, and here are the twenty that really stuck with me, presented alphabetically.

Supremely satisfying vampire-as-drug addition movie with a great cast and a sense of moral and philosophical weight that at times verges on pretentiousness, but for the most part works. It's one of Ferrara's most beautiful-looking movies, and Lili Taylor is phenomenal as the young woman who slowly succumbs to vampirism over the film's running time.

Advances in digital photography over the last few decades has helped blur the lines between narrative and documentary films, resulting in movies from this year like All These Sleepless Nights, a documentary which could easily be mistaken for a Terrence Malick movie, and Song to Song, a Terrence Malick movie that could easily be mistaken for a documentary. If nothing else, Margot Benacerraf's Araya is an important reminder that there is nothing new under the sun, cinematically, since she created a documentary which looked and felt like a narrative feature decades before that was common. This hypnotic movie about the lives of people working in and around a salt mine in the Araya region of Venezuela is gorgeously shot - at times recalling Welles in its compositions - with a poetic emphasis on the physical rhythms of salt mining. Beyond the prosaic aspects of salt extraction, Benacerraf muses on the ways in which an industry can become so central to a way of life that it eventually warps time itself, as the people in the nearby village build their days and lives around it, and the threat of automation threatens to obliterate a way of life.

Prior to the release of Faces Places this year, The Beaches of Agnès looked like it would be Varda's final feature film, and it would have been a fine capper to a restlessly creative career. Part documentary about her life and work, part personal rumination on loss and carrying on when so many you love have left, it's a spiky, sometimes hilarious, often touching movie brimming with invention.

Despite being a fan of most of the Wachowskis' work - with even misfires like Jupiter Ascending being more fascinating and fun than most directors' successful movies - I had never seen their debut. It's a slick, sexy neo-noir which displays such a firm grasp of tone and tension that it's easy to see why they would soon reshape American action cinema.

Beautiful and atmospheric film about several generations of a family living as part of an isolated black community on an island off the South Carolina-Georgia coast. Julie Dash explores the tensions between the characters with deftness, weaving an intense exploration of cultural and generational conflict into moments of gorgeous visual abstraction.

Hugely enjoyable adaptation of the Ira Levin play which makes almost no efforts to disguise its stage origins and is all the better for it. Lumet embraces the limited locations to generate a creeping sense of claustrophobia as Michael Caine, Christopher Reeve and Dyan Cannon slowly circle each other in a series of double, triple, and quadruple crosses. As someone who only really knows Reeve from the Superman movies and Remains of the Day, it was great seeing him get to cut loose in a much more expressive and playful role.

A super fun, incredibly specific movie that I still find it hard to believe was released by a major studio. Obviously there's an audience out there for a playful pastiche of Rock Hudson-Doris Day sex comedies because I am part of it, but not one large enough to justify the expense considering that the film was a bomb on release. A weird, unlikely and delightful film.

The rare enigmatic art film whose obtuseness feels narratively and emotionally essential to the story being told. A study in trauma and dissociation which perfectly mimics the breakdown of its central character and induces a sense of weightless unreality in the viewer.

The most conventional Resnais movie I've seen - which is more a reflection of his other work than of Hiroshima Mon Amour itself - and probably my favourite. A gorgeous movie about memory and trauma which uses its flashback structure to devastating effect as a young French actress (Emmanuelle Riva) and a Japanese architect (Eiji Okada) have a conversation about their respective pasts, and the areas of disagreement that emerge between them.

A film which throbs with so much antiestablishment anger that it remains vital nearly fifty years later. No longer just an offhanded reference in a Monty Python sketch to me.

I watched both the 1934 and 1959 adaptations of Fannie Hurst's novel in fairly close proximity and while both have a lot to recommend them - the earlier adaptation is much punchier - Sirk's more sumptuous telling is more in tune with my own sensibilities. It's more sweeping than the Stahl version, but also more intuitive and thoughtful, really interrogating the friendship between a white woman (Lana Turner), her black housekeeper (Juanita Moore), and their respective daughters. A vivid, gorgeous story that effortlessly bundles commentary on race, gender and class into a story of family and fitful romances.

I'd been meaning to see this movie for years, ever since seeing a review of it on (I think) the BBC's Talking Movies around the time of its release, which was otherwise overshadowed in the UK by Meg Ryan's awkward interview with Michael Parkinson. Freed from that (incredibly weird and regionally specific) controversy, it's easy to appreciate this sexy neo-noir for the way it vividly captures the sense of discomfort, dissolution and exhaustion that comes with being just a bit too warm. Ryan is great in the lead role as a woman who becomes embroiled in a grisly murder investigation when a severed arm winds up in her garden, and Mark Ruffalo is fantastic as the detective investigating the crime who falls into a relationship with her.

A very sad and beautiful film about the crew of a ship carrying TNT across the Atlantic during World War II. Structurally it's unusual - and this is probably because it was adapted from four Eugene O'Neill plays - since the main plot resolves about half an hour before the film finishes, and it ends with this very mournful sequence of the sailors (including John Wayne playing a Swedish farmer, a fact which took a while for me to realise since he often just seems like John Wayne with a slight accent) wandering around London during a blackout, fighting (and largely failing) against their desire to get drunk. Gorgeous cinematography from Gregg Toland, too.

One of the funniest, wisest and warmest romantic comedies of the 1980s. Cher is on great, deservedly Oscar-winning form as an Italian-American woman who gets engaged to a man she doesn't seem that thrilled about, only to fall in love with her fiancee's estranged brother (Nicolas Cage). John Patrick Shanley's script (which also won an Oscar) is full of great lines, elegantly juggles multiple plot strands before bringing them all together for a charming, witty resolution, and forcefully argues that love can be beautiful and romantic even when - or especially when - it's messy and ruinous.

A great, scrappy movie which takes aim at pretty much every aspect of American society - race, class, sex, politics, capitalism - and tore into them relentlessly. The best example of an angry young man using his talents to rage against everything within reach, something which Downey achieves through unsparing, often bizarre humour.

One of Sayles' most pleasurable films. A collection of funny, smart vignettes focused on a group of friends reuniting who are forced to reflect on how their lives have changed since their more radical youth. Much more naked cliff diving than I expected, too. Like, even within the scene in which naked cliff diving is established as a distinct possibility, there is a lot of naked cliff diving.

Another Wachowskis movie that I had never gotten around to, largely because its cinematic release coincided with my falling out of love with their work post-Matrix Revolutions. I really wish that I had seen this on a big screen, though, because it's a dazzling and unwaveringly earnest attempt to transpose every aspect of the '60s TV series - the candy colour palette, the wild tonal shifts, the bigger than big performances - to a live-action setting. That results in sudden and jarring changes from scene to scene (in one, we see our grief-stricken hero decide not to break his dead brother's record in order to keep his legacy intact; in the next we see a child and a chimp watch TV) but it's never boring. It's also fascinating seeing the Wachowskis let their idiosyncrasies loose on such a big canvas, crafting a movie which works as an overwhelming sensory experience and a deeply personal story about the limits of creating art under capitalism.

A dense and exhilarating horror* movies that I can’t wait to watch again, because after a single viewing I don't really know what it's about, other than sex, vampires and Vincent Gallo. An unforgettable and perplexingly sensual experience.

I've been wanting to watch this for years, after seeing part of it featured in The Story of Film, and it did not disappoint. Stanley Donen directs the story of a married couple (Albert Finney and Audrey Hepburn) traveling through France as their marriage is on the verge of collapse, which he then juxtaposes against trips they took earlier in their relationship, during happier, though often far from idyllic, times.

Donen's very playful in his editing, often having the characters drive past a previous or future version of themselves on the same bit of road, using geography to act as a bridge between events that took place years apart, or trusting the audience to keep track of the different outfits that Finney and Hepburn are wearing to keep the chronology straight. One of the most structurally daring Hollywood movies of that era (at least that I've seen).

Aside from a few rough performances, this is a brilliant, funny film which uses its movie-within-a-movie structure to talk openly about race, sex, and the ways in which black people are erased from their own narratives, even when people try to tell their stories.
By Edwin Davies
Labels: 2017, film
Newer Post Older Post Home