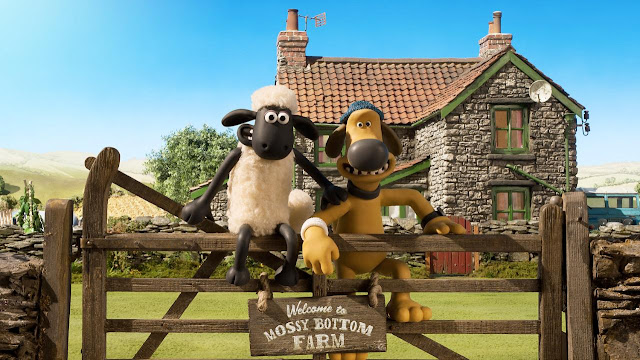 A tad late with this one because I am bad at managing my time when it comes to work, the holidays, and trying to catch up on the year in movies for awards voting/list-making purposes. As such, I only saw 18 films in November, the overwhelming majority of which were released this year and were largely mediocre. I also saw some really great films, though, so it all balances out.

The worst film I watched this month (and the current front-runner for worst film of 2015) was Tom Hooper's The Danish Girl, a completely lifeless and vapid retelling of an interesting story which made me ashamed to have ever liked any of Hooper's previous films. Most cinephiles probably think I should have been ashamed much earlier than that, but at least I'm all caught up now.

While not my favourite McCarthy film - that honour still belongs to The Station Agent - it's undoubtedly his most accomplished. An investigative thriller worthy of (and shamelessly derivative of) All The President's Men, Spotlight tackles a huge story by focusing on the tiny details. It's a granular study of the process of journalism, which also serves as a quiet celebration of the nuts and bolts of breaking a story and following up on every piece of evidence, regardless of where they lead.

The best screwball comedy in decades, and a stunning turnaround for Baumbach after the wild misfire of While We're Young.

One of the funniest and most touching sports movies ever made. Marshall and her cast handle the sports cliches beautifully, particularly the idea of sport as an escape from restrictive class/gender roles, while also telling a story of sisterhood (both literal and figurative) that remains sweet, but not saccharine.

Revolutionary in both its style and casting, Baker's story of two transgender prostitutes trying to find a pimp combines the comedic and dramatic rawness of John Cassevetes with the assaultive energy of the Crank movies. A wild ride that doubles up as a pretty solid choice for an alternative Christmas movie.

Seventh films in long-running franchises shouldn't be this good. Playing as both a continuation of the Rocky series and a pseudo-remake of the first film, it demonstrates the strength of the franchise while also allowing director Coogler to show that it's still possible to find interesting ways to shoot boxing scenes. Bringing Stallone back as an old and frailer Rocky than we're used to proves to be a masterstroke since it lends the story a weight and history that it might not have had otherwise.

The only thing more dispiriting than the months of electioneering we've already endured is the fact that we've got another fucking year of it to go. However, general fatigue with politics can't distract from the fun of this documentary, which recounts the series of debates between Gore Vidal and William Buckley, Jr. that formed the core of ABC's news coverage of the party conventions in 1968. While celebrating their vicious sparring as the height of political discourse of the era, it also places the debates within the broader context of US news coverage as a whole, and draws a line between Vidal's withering putdowns and today's bellicose partisan screaming matches.

Despite being an Aardman fan for basically my whole life, my experience of Shaun the Sheep - arguably their most popular character at this point - is limited solely to his appearance in the brilliant Wallace and Gromit short A Close Shave. As such, I didn't feel compelled to check out his feature debut when it hit cinemas earlier this year, and only caught up with it when I got a screener. Well, turns out I was an idiot to miss it, because Shaun the Sheep Movie, despite its wonky title, is a delight. A clever and relentlessly fun slapstick farce that showcases Aardman's great skill for staging  action and for indulging in only the silliest puns.

This had long existed for me as a famous title with no connection to a plot. As such, I was surprised to see that it was a spiky, funny comedy about a suburban house wife (Rosanna Arquette) who becomes obsessed with the Susan of the title (played by Madonna, putting her skill for iconography to good use) then accidentally swaps lives with her after getting hit on the head. It's a collection of familiar ideas delivered in a hugely enjoyable way, and an interesting example of someone coming from the New York underground of the time presenting that seedy underbelly in ways which are both alluring and unnerving.

It's a testament to the strength of Aaron Sorkin's script that it manages to overcome Boyle's haphazard direction to become great on balance. Eschewing the traditional biopic structure in favour of three distinct acts, all centred around different Apple product launches, Steve Jobs showcases Sorkin's skill for verbal gymnastics and his fascination for powerful, difficult men. It lacks the clarity of vision that David Fincher brought to The Social Network, and Boyle's use of visual abstraction is occasionally laughable, but the performers sell the hell out of a great piece of writing.

Following the personal, political and musical evolution of Nina Simone from her childhood through her early success and later self-imposed exile, Garbus' film manages to be fleet while feeling comprehensive. Though it's largely unambitious in its technique, it's such a forceful retelling of a great, sad life that it overcomes its pedestrian presentation.
By Edwin Davies
Labels: 2015, december, movie journal
Newer Post Older Post Home