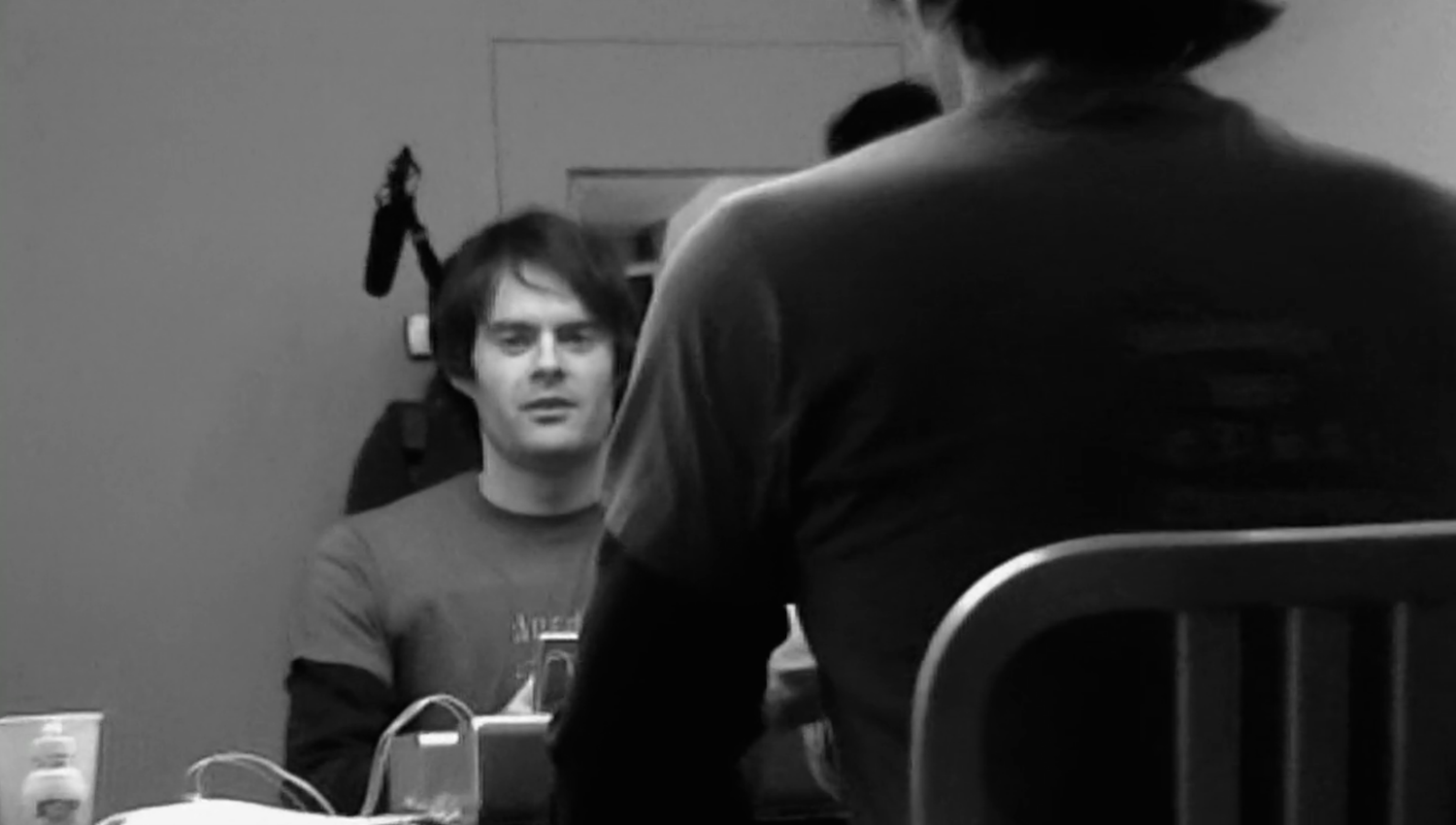 One of the reasons why behind the scenes documentaries tend to be a bit bland is that they so often focus on works that take a long time to produce. If people are working on a movie or a TV show or an album that is going to take months to complete, then their answers about it will probably be a lot more controlled, deliberate and PR friendly. There are exceptions, such as Lost in La Mancha or I Am Trying to Break Your Heart, where the documentary makers happen to be in the right place to capture a moment of artistic implosion, but, generally speaking, the longer it takes to make something, the less likely it is that a documentary about it will be particularly candid.

That's the reason why 6 Days to Air, a 2011 documentary about the making of the "HumancentiPad" episode of South Park, was so refreshing. Watching Trey Parker and Matt Stone go from not having an idea for an episode to that episode being written, edited and on television in less than a week offered a great insight into a unique kind of creativity, one in which the pressures of trying to make something are heightened by one of the toughest deadlines in the business. There was no time to filter the experience, so it felt like an authentic look into how an episode of South Park is made.

James Franco's Saturday Night is akin to 6 Days to Air, and not merely because the two both feature plenty of footage of Bill Hader laughing. Both are focused on the making of a single episode of television, both have a great deal of access to a tight-knit creative team, and both are about the act of creating something from nothing while having a great support system in place to facilitate that creativity. Though the film was shot in 2008 around the production of the "John Malkovich/T.I." episode of SNL, and went unreleased for years due to rights issues, it is now available to stream on Hulu Plus, and it's essential viewing for anyone who has ever been interested in the SNL process.

Whereas 6 Days to Air was about an episode of South Park that would become one of their more iconic, Saturday Night isn't about a special, or even a particularly good, episode of Saturday Night Live. It has some funny sketches, some that don't work, and the only notable thing about it in retrospect (other than the casting changes; Casey Wilson seems to get more screentime in Saturday Night than she did in her entire tenure as a cast member) is that it saw the debut of The Lonely Island's "Jizz in my Pants". By most measures, it's a pretty unremarkable episode, one that came just after Tina Fey's Sarah Palin impression gave the show one of its first huge viral hits, and before the annual excitement of the Christmas episode.

Yet the unremarkable nature of the episode itself is what makes Saturday Night so compelling. It feels like we are getting a real look at the process of putting on a weekly variety show, and because the episode feels so typical, it can stand in for the making of the show as a whole. I got a strong sense that the process documented by Franco and his team is routine, and not something that has been amped up to impress people. While outsiders might think the idea of people sitting around and coming up with upwards of fifty potential sketch ideas in all-night writing sessions, only for those ideas to be whittled down to nine after a punishingly long table read, might seem crazy, to the cast and crew it's standard operating procedure.

The strength of Saturday Night lies in its insistence on treating the cast and crew as professionals doing their jobs, rather than as artists striving to create great art. Producer Steve Higgins says as much during a candid conversation with Franco in which he says that SNL has never been a show for perfectionists, and that the people involved get points for trying more than for being great. Franco asks cast members like Bobby Moynihan, who at the time had just joined the cast, and Andy Samberg about their influences and their personal experiences of working on the show, but that's about as deep as the film gets when it comes to the art or the craft of sketch comedy. Mostly, it consists of scenes of the writers desperately trying to come up with ideas, with a particular highlight being a scene in which Hader and John Mulaney try to stir their creativity by talking to all the items in their office, and a lot of tired, worried writers staring at screens and wondering if the ideas that seemed great at 3 A.M. are any good at 10.

The keen focus on the production of a single episode means that there isn't a huge amount of discussion about SNL as a cultural institution, apart from the observation that every cast is unfairly compared to the one that preceded it, but these little snapshots of people straining to have something to put on the air offer a great insight into how the show functions as a production line for comedy. Higgins compares working for Lorne Michaels to working for Henry Ford, and the efficiency with which the writers, producers, directors and the rest of the crew control the chaos around them bears the comparison out.

While Franco's often sedate pacing only hints at the chaos that comprises the production of the show, that also mirrors the attitudes of the people involved. To us, having to write, rehearse and perform a 90 minute variety show on live television in the space of a week seems incredibly stressful, but to cast members who have been on the show for years, not to mention Lorne Michaels, who at the time of the episode had been the show's leader for 28 of its 33 years, it's what they do. Franco highlights that theme by ending the documentary with the pitch meeting for the next episode of the show, which was hosted by Hugh Laurie, and saying that the whole thing will just start over again. With a schedule that hectic, who has time to be stressed?

Although the film functions best when focusing on the bigger picture and trying to offer a fuller portrait of the production, Franco also zooms in to follow the development of individual sketches. Some, like one featuring Casey Wilson and Bobby Moynihan, fall completely flat at the table read. Others, like one pitched by Fred Armisen and Will Forte about Malkovich being forced to sing the annoying jingle from the Empire Carpets ads over and over, gets close to making it on air but gets cut after a disastrous dress rehearsal. At each stage, Franco gets raw, in-the-moment reactions from the cast members as they accept that they messed up and move on, or express momentary happiness at their work being accepted before having to work on it more before the show goes live. In those moments, the idea that being a perfectionist is a detriment comes through very clearly, because you can't get too attached to an idea that can get shot down at any moment.

Though it's nowhere near as exhaustively detailed, Saturday Night works as a more immediate counterpart to Tom Shales and James A. Miller's oral history of SNL, Live from New York. The latter work is pretty much definitive as an examination of the cultural impact that the show had and as a study of the personalities that create it, but Franco's film brings a lot of that material to life. It's one thing to read about all-night writing sessions or sketches bombing horribly in a dress rehearsal, but it's entirely different seeing those things actually happen. What it lacks in context, it makes up for in candour and tangibility, and as such is immensely effective as a way of experiencing the craziness of Saturday Night Live without having to actually get up on stage.