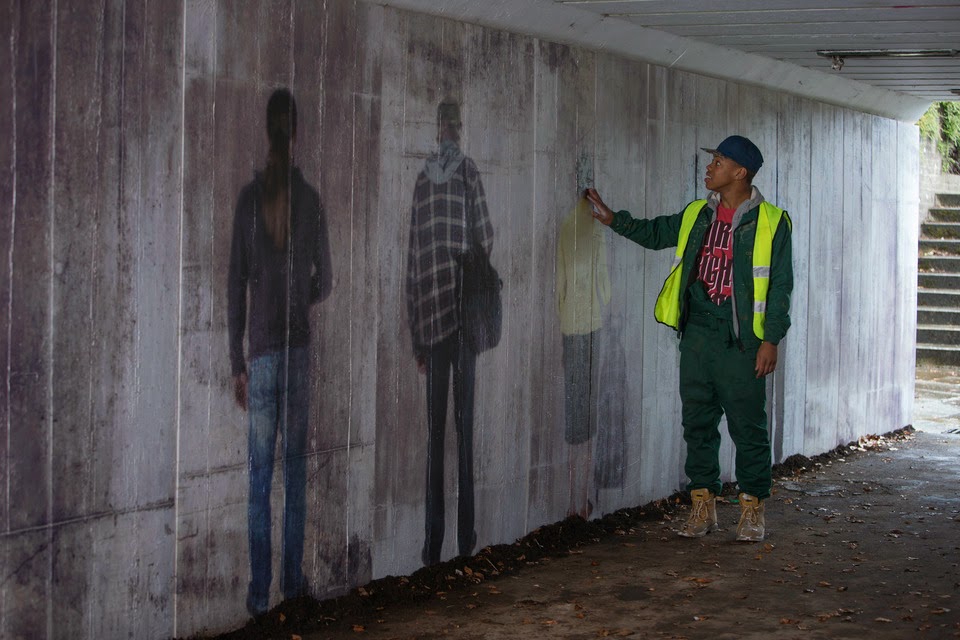 Much of this series of Doctor Who seems to have been geared towards doing two things: deconstructing the idea of who The Doctor is, and finally figuring out how to develop Clara Oswald as a character. Both of those strands dovetailed rather nicely in this week's episode, but the latter one was particularly well served. Jenna Coleman has been on the show, either as Clara or as one of her various permutations throughout time, for over two years, but since she was more of a mystery to be solved in her first eight episodes as a Companion, there was rarely any sense that she was a real character. Coleman was always very good, but Clara never really had a strong identity in the way that Rose, Martha, Donna and Amy did. The Doctor's regeneration last year seems to have served as an opportunity for Steven Moffat and his writers to start more or less from scratch with the character, turning her into an assertive and dynamic figure, rather than one who simply delivers rapid-fire dialogue with consummate ease. It's been one of the most promising developments in a very promising run.


"Flatline" marked the most clear example yet of the show making Clara into a character who can stand on her own two feet by separating her from The Doctor and, in doing so, turning her into The Doctor for a brief period of time. A malfunctioning TARDIS lands the pair in Bristol, which is a serious inconvenience since Clara needs to be in the right place at the right time so that Danny won't realise that she is still travelling with The Doctor, but becomes a further inconvenience once they realise that The TARDIS has shrunk. Clara reconnoiters the surrounding area and discovers a series of murals that supposedly honour local people who have gone missing. When she returns to The TARDIS, it has shrunk so much that The Doctor has been trapped inside, and so he is forced to give her his psychic paper, his sonic screwdriver and a small communications device so that she can act as his eyes and ears as they try to figure out what is going on. The Doctor is still an important part of their efforts, but he is very much a supporting player to the nearly qualified "Doctor" Oswald.

In shifting the focus from The Doctor to Clara, "Flatline" continues to development, started in "Kill the Moon" and continued in "Mummy on the Orient Express", of giving Clara a greater insight into what The Doctor does. Whereas in those episodes she was placed in a position where she had to make a terrible choice or watched as The Doctor seemed to callously use innocents to solve a problem, here she has to put her experience and her observations into practice. When the head of a community service team (played to loathsome effect by Christopher Fairbank) asks who Clara is, she replies with the decidedly Doctor-like line "I am the one chance you've got of staying alive. That's who I am." (Which elicits an impress "Well done" from The Doctor.) When pressed to come up with the next step of a plan, she tells The Doctor that she plans to lie to the people around her so that they will have hope, boiling down one of his key strategies into the starkest possible terms.

It's a clever bit of deconstruction of who The Doctor is, but it also makes for a compelling study of how Clara views him after all their time together. It's telling that at the end of the episode, The Doctor seems genuinely disturbed by having witnessed just how effective Clara was at being him, and how little the experience seemed to affect her. (And it's even more telling that the mysterious Missy, observing from her pseudo-afterlife, seemed very pleased by those exact same qualities.) Again, one of the things this series has done so well is wrapping self-reflection in the emotions of the characters.

Alongside the strong character work and just-meta-enough commentary, this was also a really creepy and inventive episode. Like "Mummy on the Orient Express", "Flatline" was written by Jamie Mathieson and like that episode it drew on a classic work of English literature for both its title and a key element of its plot. (It was also the second episode in a row to feature some fucking awful-looking CGI trains, in case you want to start putting together a Mathieson Drinking Game for any future episodes he writes.) Here, the inspiration seems to be Edwin A. Abbott's satirical novel Flatland, in which a two-dimensional square becomes aware of the existence of a third dimension and begins to interact with its inhabitants. Rather than serving as a critique of the Victorian class system, "Flatline" uses the idea of two-dimensional creatures entering the third dimension to create some deeply creepy and unsettling images (rather than to allow the creatures to shirk their family responsibilities.). Mathieson's two-dimensional creatures interact with three-dimensional ones much as Abbott's did, but that interaction takes the form of murdering them and turning them into part of the decor.

For such a high-concept enemy, the episode does a very good job of making the creatures seem like a viable threat. The first time we see them kill is when they drag the unfortunate PC Forrest (Jessica Hayles) into the floor. Despite the potential for such an image to look cheesy, it works because it happens so suddenly. More than that, we then get to see Clara and her Companion for the episode, a graffiti artist named Rigsy (Joivan Wade) discover Forrest's nervous system emblazoned on the wall like a Tube map. That moment, and the later image of the memorial murals moving - not to mention The Doctor describing the creatures as "wearing the dead like camouflage" - are textbook examples of something that Doctor Who can do exceptionally well: using a simple image and twisting it in such a way that it becomes weird and unnerving.

Director Douglas Mackinnon also manages to make good use of the two-dimensional nature of the creatures and their mode of attack by playing with perspective; the moment when Clara realises that George, one her charges, has been taken is particularly chilling thanks to the way the camera moves ever so slightly to reveal that what looked like a three-dimensional person was actually a smear on the wall.

The ultimate resolution to the episode is a little bit of a letdown after such a strong set-up, partly because it turns the creatures from two-dimensional blobs shimmying along the floor into three-dimensional humanoids, which diminishes their otherworldliness considerably, but mainly because an episode that is so focused on Clara surviving on her wits and her experience ends with The Doctor getting out of a recharged and full-scale TARDIS and saving the day with a flick of his Sonic Screwdriver. Prior to that, we got a great scene of The Doctor, on the verge of death, praising Clara for how brilliantly she had played her part, but it still felt like an anti-climax. Having Clara ultimately make the final move that ended the crisis would have been much more meaningful, particularly in terms of their final uneasy scene together, than having The Doctor swan in at the last moment.


- Like last week, I was initially dubious about the possibility of this episode turning out particularly well, but Mathieson's script really carried the day, as did the great performances from all involved. Even the Tiny TARDIS jokes were well executed for the most part, particularly the image of The Doctor having to reach through the door and drag the TARDIS around like Thing from The Addams Family.

- The logic of how the shrinking affected The Doctor was a bit inconsistent, though. For most of the episode he is represented as a full-sized person having to look through the tiny door of the Tiny TARDIS, which you'd expect considering that the internal size of the TARDIS would not be affected by its exterior, but at one point he appeared as an actual miniature man for the purpose of convincing Rigsy that Clara wasn't crazy. Maybe he was just far away.

- So now we know that Missy is after Clara for some reason. Once again, Moffat and his writers are showing great restraint in fleshing out the details of this plot line without getting overwhelmed by it. I get the feeling that we will know just enough for the finale, which is much preferable to the narrative overload of Series 6 and 7.

- It's unclear if Danny knows that Clara is still working with The Doctor, though I'm not sure how he could mistake her jumping through a window for anything else. The trailer for next week's episode features him leading a group of school children out of the TARDIS, so presumably he either knows or will know soon enough, which raises the question of why Clara had to lie to him in the first place. My guess would be that it is all part of what makes her such an appealing target for Missy.

- One of the (awful, awful) CGI trains had the numbers A113 on its front, which is an inside joke that crops up in the work of graduates from California Institute of the Arts. It appears in every Pixar film and all the works of Brad Bird, so I can only assume that someone who worked on this episode graduated from CalArts. That, or the show just decided to get super esoteric with its references this week.
By Edwin Davies
Labels: Doctor Who, Jenna Coleman, Peter Capaldi, review, science fiction, Steven Moffat, television, television review
Newer Post Older Post Home