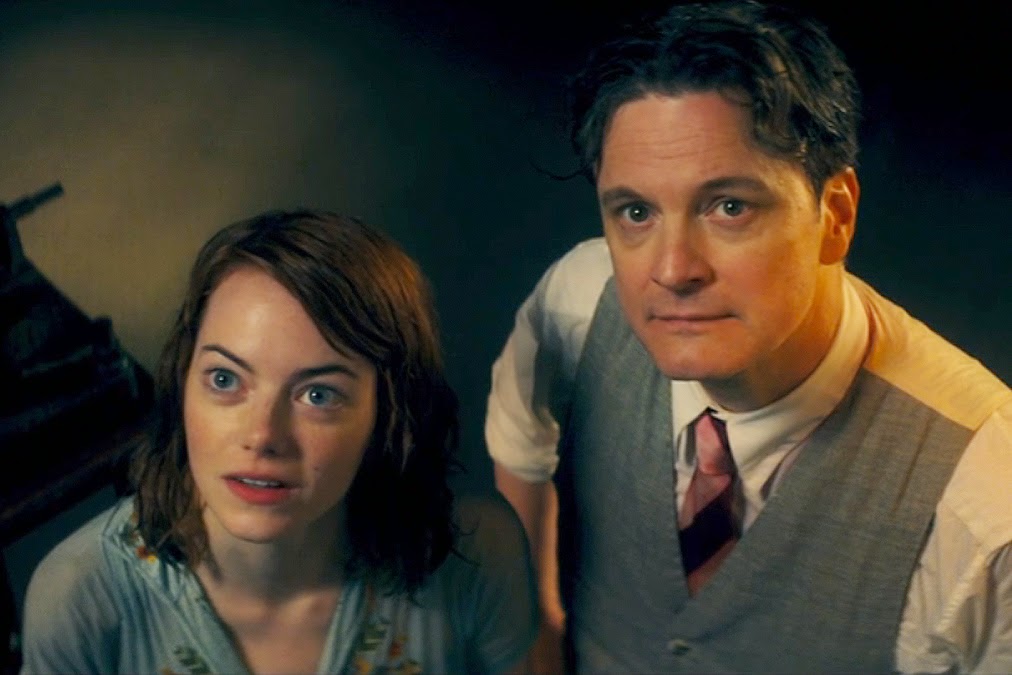 It's unfortunate that the plot of Magic in the Moonlight, the latest film from Woody Allen, has the slapdash, I-must-make-a-film-every-year-so-to-hell-with-second-drafts quality that has come to typify some of his recent works. This is not necessarily because the film is bad - it's a perfectly diverting and delicate trifle that gets by on gorgeous scenery and a handful of insanely charismatic actors - but because its effervescent surface hides one of Allen's most intellectually curious films in years, one that addresses death, religion and the afterlife in a way that suggests that these ideas are preying on Allen's mind more and more as he inches closer to his 80th birthday.

The story begins in Berlin in the year 1928, where Stanley (Colin Firth) is performing for a rapt crowd as his Chinese alter-ego, the magician Wei Ling Soo. After another stellar performance, and after taking the opportunity to berate his assistants for every slight error and transgression, he walks off-stage to be accosted by his old friend Howard Burkan (Simon McBurney), a fellow magician who has a favour to ask of him. Both Stanley and Howard, in addition to being world-renowned illusionists, devote their spare time to debunking mystics and psychics who use trickery and sleight-of-hand to defraud rich families. Howard thinks he has met his match in Sophie Baker (Emma Stone), a beautiful young American who has been performing for the Cartledge family in the south of France, and who seems to be the real deal: an actual psychic capable of contacting the spirit world. Howard asks Stanley to come back with him to France to observe Sophie, and to determine whether or not she is a fraud.

Even though the two films differ hugely in their setting, Magic in the Moonlight reminded me quite a lot of Allen's 2006 comedy Scoop. Both are light-hearted mysteries about magicians trying to determine whether someone is who they appear to be, both occasionally drop their central conceit to become pure romantic comedies, and both centre around the dead contacting the living. (To take the connection further: Both also feature car crashes that serve no purpose other than to awkwardly resolve plot threads.) Where Magic in the Moonlight improves on Scoop - other than in demonstrating that it's much, much easier to make a breezy comedy about trying to work out if someone is a psychic than one about trying to work out if someone is a brutal, misogynistic serial killer - is in the way that it grounds its mystery in much broader themes, rather than being a simple farce. It's also, for what it's worth, much better directed than Scoop, with hazy visuals that perfectly capture the mood of an idyllic, endless summer.

Stanley is presented as a man who is almost painful rational and logical. He believes completely in the scientific method, quotes Nietzsche frequently, and treats any talk of "mental impressions" and ectoplasm with withering disdain. He also harbours a deep anger towards those who use illusions to trick gullible or vulnerable people. That might have been treated as ironic, given how Stanley makes his living, but Stanley points out that while he traffics in illusion and theatricality, it is of a kind that acknowledges its own falseness; stage magic doesn't pretend to be truly real, and in theory its tricks can be figured out by anyone who spends enough time studying them. Psychics meanwhile, are merely charlatans who prey on those whose loss has made them desperate for any hope, however slim or false it might be. Stanley is someone who believes in the natural world, and has dedicated his life to unmasking those who would claim some supernatural or divine gift.

Yet when he is presented with Sophie, who offers up details about his profession and family history, Stanley's entire worldview is shaken, and he begins to doubt his beliefs about philosophy, religion and magic. Woody Allen has written extensively on all three of those subjects over the course of his career, and it's not hard to discern that he has little use for religion outside of a comedic context. At its best, however, Magic in the Moonlight feels like the work of a man approaching the end of his life and wondering about the possibility that he might be wrong. (The film also asks which illusions are acceptable if they help people get through life, and whether a purely rational worldview can't help but suck the joy out of even the palatable ones.) Colin Firth is generally very compelling and often very funny as Stanley, but he's never better than in the split-second after Sophie describes a small detail about his past that knocks his carefully balanced belief system out of equilibrium.

The film itself is also strongest when it focuses on the question of whether Sophie's powers are real, since Allen is careful not to lean too far in either direction. It's an approach which is given extra resonance by the self-righteous pomposity of Stanley, which makes it harder to sympathise with his belligerent point of view; Emma Stone's perfectly ambiguous performance, which shifts between genuinely ethereal and potentially fake from moment to moment; and Allen's own history of using magical realism in films like The Purple Rose of Cairo, Midnight in Paris, and the aforementioned Scoop. As long as the matter is not definitively settled, Magic in the Moonlight revels in the uncertainty, and there is a real playfulness in how the mystery is investigated.

Unfortunately, the story does not sustain that ambiguity for nearly long enough, and once the matter is settled, it becomes a much less interesting comedy about the growing fascination/romance between Stanley and Sophie. The two leads are good at handling the relationship and at ensuring that Allen's dialogue doesn't sound too self-consciously clever (McBurney, meanwhile, struggles to make the reams of exposition his character spouts sound remotely natural), but it's disappointing that the film shifts so awkwardly from being a story about a man of science grappling with a spiritual and intellectual crisis, to one about appealing people hanging out in a lovely locale, even if it is a perfectly pleasant example of the latter. Those themes resurface again for the film's denouement, but the changing focus and the lumpy narrative make it hard to reconcile the deep themes with the fluffy presentation. Woody Allen winds up using a truckload of sugar to help the medicine go down, and while it's undeniably sweet, it could use a little bit more bitterness.