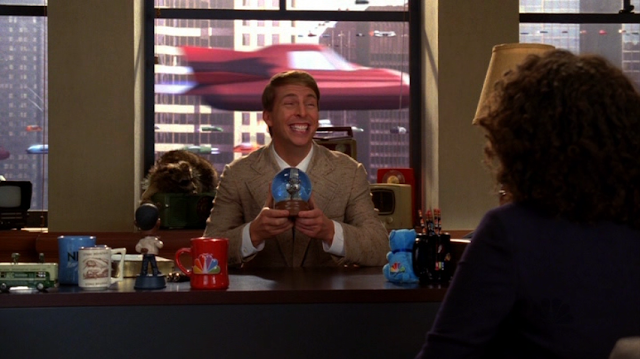 To commemorate the final episode of 30 Rock, Tina Fey's critically adored, popularly ignored sitcom nominally about the behind-the-scenes antics of a sketch show, I wrote about the evolution of the show, how it managed to stay on the air for seven years despite having none of the usual per-requisites for such longevity, and what its legacy might be for future shows.

Side Note: I wrote this article before seeing the excellent final episode, which is why it's focused so much on the past of the show rather than its actual ending, but needless to say the final episode did not disappoint. It managed to offer up plenty of great jokes, some emotional resolution for the characters - even Lutz! - without becoming too sappy or maudlin, and it went out on a great final gag which managed to be both about the history of television and the history of the show itself. A wonderful achievement and a fitting ending to show that was so consistently great I began to take it for granted.
By Edwin Davies
Labels: 30 Rock, Alec Baldwin, comedy, Ending, Finale, Hope Lies, Hope Lies on Television, television, Tina Fey
Newer Post Older Post Home