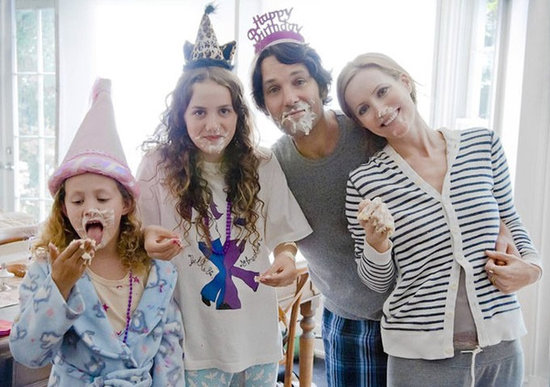 One of the curious things about Judd Apatow as a director is how successful he has been despite so often playing against his strengths. Apatow made his name as one of the best television writers going, working on critically lauded shows like The Ben Stiller Show and The Larry Sanders Show, then helping bring one of the all-time greatest shows ever made, Freaks and Geeks, into existence. Since moving into directing, he has gone completely against the idea of sticking to a script in favour of having his cast improvise extensively.

It's not necessarily a bad instinct - if you assemble a group of incredibly funny people, why not have them riff to see if they can come up with something better than what is the page? - and it has often yielded some of the funniest moments in Apatow's work, but from a storytelling point of view it can get incredibly messy. Larry David has spent twelve years doing much the same thing on Curb Your Enthusiasm, but the necessary limitations of having only 30 minutes stops him from getting too indulgent or precious. With no such restrictions, Apatow's films tend to get a little shaggy around the edges, whilst even individual scenes can veer wildly in tone as different takes are assembled together to form something vaguely coherent. He doesn't seem like someone capable of following William Faulkner's advice and killing his darlings, of letting go of things which might not serve the story, even if they are funny taken on their own.

What's interesting about This Is 40 is that it is the first of his films in which his approach completely fits the material. All of his previous films have had high concepts which have, to one extent or another, been over-complicated by this loose, distracted approach. This Is 40 does not have a simple hook, though, it's just a portrait of a couple (Paul Rudd and Leslie Mann, reprising their supporting roles from Knocked Up) as they go through a shared mid-life crisis, and the impact that this has on their two daughters (Maude and Iris Apatow) and the various people in their lives. In that context, digressions and scenes that might have seemed unnecessary in a film with a more defined central idea make a lot more sense: they are there to illustrate what it's like to be in a relationship that's settled into a rut, and how difficult it can be for people to accept that their lives have changed. With dick and fart jokes, of course, since this is a Judd Apatow film and not Faces.

That's not to say that This Is 40 is unfocused, if anything it's probably the most focused film of his career because it's so strongly centred around one relationship and the different moods of that pairing. Even the shifts in tone make sense since much of This Is 40 is a constant undulation between scenes of Rudd and Mann trying to figure out how to be happier and then fighting as these changes completely fail to achieve that. Considering that it's a mainstream comedy being released at Christmas, This Is 40 is a very discordant film filled with arguments, recriminations and resentment, punctuated by brief lulls of calm and happiness. A perfect Christmas film, in other words.

Both characters are in denial about where they are in their lives - she says that she is 38, not 40, and is obsessed with physical fitness; he seems to be trying to recapture his youth by running a (failing) record label dedicated to releasing new records by old bands - and there is a real sense of malaise running throughout the film. It's Apatow's most nuanced film yet - a statement that probably needs to be taken with a whole tablespoon of salt - because the central relationship feels like it is rooted in something specific and real. The humour is often crass and broad, so anyone who hasn't warmed to Apatow yet is unlikely to be swayed by this film, but the heart is more pronounced than before.

For those who do like the Apatow brand of humour, that's plenty to like on display, particularly whenever the parents have to interact with their two young daughters. Again, there's a realness to their scenes together, particularly whenever the oldest daughter, Sadie, gets angry with the borderline idiotic behaviour of her parents, but it never gets in the way of a good joke. There's also an extended joke about Sadie's obsession with Lost which, whilst kind of a little bit behind the curve in 2012, winds up leading to a very funny scene in which Rudd gets very angry when she belittles Mad Men, and a surprisingly sweet one in which she watches the finale with her estranged grandfather (John Lithgow on fine, WASPish form). It's an interesting indicator of how well the film handles its two modes that the same element can be played in such different ways, working pretty well as both comedy and drama.

Outside of the marriage, which is very well drawn, the film is populated by dozens of ringers who do great, funny work. Chris O'Dowd and Lena Dunham are both charmingly scabrous as a pair of Rudd's employees; Jason Segel is very winning as Mann's personal trainer; whilst Melissa McCarthy shows up for a couple of scenes that demonstrate what an effortlessly funny improviser she is. Megan Fox also gives a surprisingly funny turn as an employee that Mann suspects of stealing from her shop, though that whole plotline does feel like one of the branches that could have been more rigorously pruned.

The standout supporting performer is the wonderful Albert Brooks, who plays Rudd's cash-strapped father. Much as in something like Broadcast News, Brooks proves equally adept at being preternaturally funny, throwing out one-liners in a way which is enviably effortless, whilst also being sadly human. He gets probably the best moment in the film when he has a heartfelt, incredibly funny reconciliation with his daughter-in-law which is then immediately undercut by him having to borrow money from her for a cab. He knows how to undercut emotion without undermining it like few other actors, and it's great to see him in such a role in a film that people might actually see.

After the fascinating muddle that was Funny People, it's nice to see that Judd Apatow has returned with something better, but it's also gratifying to see that he hasn't completely retreated back into his old ways. In spite of the jokes being much the same, This Is 40 is a much more mature, thoughtful and involving film than anything he has done before, and suggests that he is continuing to evolve as a film-maker (it's worth noting that This Is 40 is an often gorgeous-looking film displaying great work from cinematographer Phedon Papamichael). It suffers from some of the issues of Apatow's previous films - namely lumpy, uneven pacing - and anyone who hasn't been won over by his past films is unlikely to be won over by this one. However, it is still his best film yet.