Hope Lies on Television #15 - Only Forward 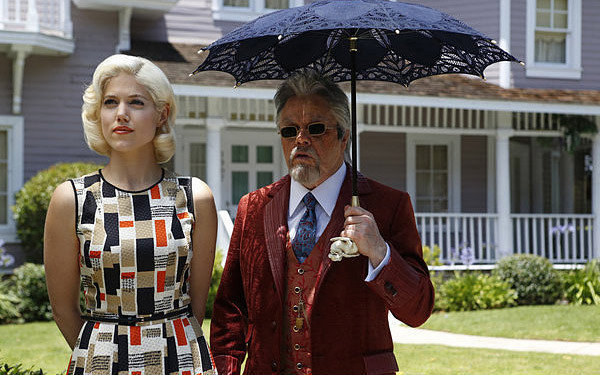 After a lengthy break which was largely due to me moving countries, I have now started writing the Hope Lies on Television column for Hope Lies at 24 Frames per Second. Since this is in some sense a reboot of the series, and because it's nearly Halloween, I decided that the subject of the first new addition to the series would be remakes. Using the remake of The Munsters (renamed Mockingbird Lane) as the jumping off point for a broader discussion about the differences between cinematic and televisiual remakes, it returns to key themes that I've written about before - the importance of character and length of time - whilst also taking in the different economic models that film and television are based upon.

I'm really pleased to be writing the columns again since I find them really fun and rewarding, and I'm hopeful that the new monthly schedule (with the occasional extra column when appropriate) will offer plenty of time for research without leading to the lengthy breaks that have marked the column in the past.
By Edwin Davies
Labels: Hope Lies, Hope Lies on Television, Mockingbird Lane, NBC, remake, television
Newer Post Older Post Home