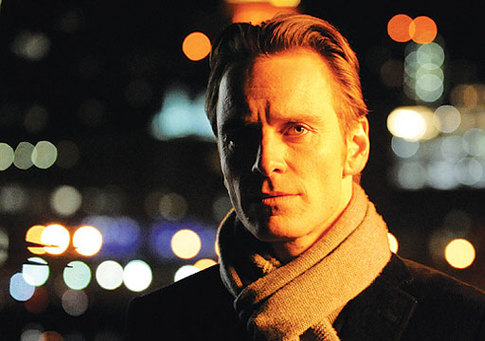 Shame, the second film by artist-turned-director Steve McQueen, is a technically dazzling examination of Brandon (Michael Fassbender), a sex addict whose carefully cultivated routine of Internet pornography and meaningless one-night stands is thrown into disarray when his younger sister (Carey Mulligan) comes to stay with him. It's important to mention Shame's technical prowess up front since its meticulously planned tracking shots, languid pacing and evocation of New York at night, great though they are, only serve to mask the fact that the film they are in service of is shallow, banal and dull.

The main problem with Shame is that McQueen seems to feel as if he is above the material, even though he was the one who conceived of the film in the first place, and this in turn creates a tremendous distance between Brandon and the audience. The subject matter is one that could be easily sensationalised, so it's understandable that McQueen would go in entirely the opposite direction in order to avoid being exploitative in his depiction of sex addiction, yet he goes too far: the sex in shame is so desultory that it's difficult to see how Brandon gets any joy from it, or why he should feel bad about those impulses in the first place. The whole point of an addiction is that it makes the addict feel good for a few fleeting moments, yet Shame is so suffocatingly portentous and self-important that it never really engages with the emotions of its central character. In the few moments that it tries to, such as an endless scene in which Mulligan sings "New York, New York" at a pace that would make a snail on ketamine look positively swift, it's so awkwardly overt as to be laughable.

It's commendable for McQueen to try to tackle a subject which is rarely depicted in cinema, or anywhere for that matter, particularly one that is, at best, misunderstood and at worst something that would be mocked. I'm not saying that sex addiction isn't a serious problem for those who suffer from it, but it doesn't provoke the same sense of awe or fear in non-addicts as heroin or meth addiction. Michael Fassbender's commitment to the role is also quite impressive, though I think the moments when he shines are most definitely those in which he keeps his clothes on. Maybe it's just me, but I've never felt that being naked in a film is a brave choice, either on the part of the actor or the director, if the person involved is attractive. Now, if the same film had been made but John Goodman had been cast, that would have been bold.

Yet for all the effort expending in depicting Brandon's addiction, the film never goes any further than that to actually offer any insight into why he has that compulsion. The closest it comes to that is by hinting at some shared trauma between Brandon and his sister, Sissy, by suggesting that she has the same addiction that he does and by creating a strange, awkward tension between the two of them. But instead of engaging with them as real, damaged people, it obfuscates, creating ambiguity to hide the fact that it has nothing meaningful to say about either their addiction or the possible causes for it. It does not try to examine the spiritual emptiness that seems to drive Brandon to seek solace in sex, but instead spends its energy depicting the acts themselves. The end result is a film that is simultaneously lurid and dull.

The one saving grace of the film is it's visual style and the obvious talent of its cast, but it's all used to no meaningful purpse. Shame confirms that Steve McQueen is an incredibly gifted film-maker with a preternatural skill for composition and editing, but virtuosity is no substitute for being able to tell a story, a skill which he has yet to develop. To that end, the camerawork in Shame is the cinematic equivalent of a Yngwie Malmsteen solo: all craft and skill, but no art.