Let me just preface this list by pointing out that, whilst I am much more of a film person than a music person, I know what I love and I can only list the albums that meant the most to me over the last year. I'm sure people will disagree with some of my choices, even I might in a few years, but as a purely subjective list (aren't they all?), these are the ten albums I enjoyed the most this year. 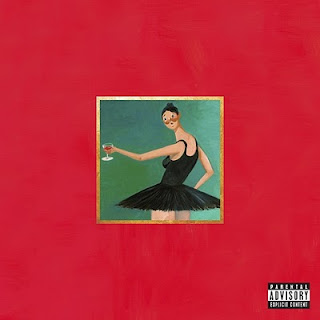 With his debut album, 2004's The College Dropout, Kanye West was able to set himself apart from pretty much everyone else in hip-hop. In a genre which is overwhelmingly dominated by gangster posturing and braggadocio, he delivered an album that was defined by his insecurities, inadequacies and stories of his faith and family. Most importantly, he turned these subjects into fantastic songs. Each subsequent album found him delving deeper and deeper into his own ego for the sake of pop music, culminating in 2008's 808s & Heartbreak, an experiment in Auto-tuning and grief-counselling that he recorded in the wake of his mother Donda's death.

Having apparently come to terms with at least some of his demons, West returned with an album every bit as ambitious and brash as he himself. Taking listeners through a veritable bacchanalia of sex, drugs and self-love/self-loathing, West offers the clearest view of himself yet; someone still trying to get to grips with his fame and loving it, despite the pitfalls attached. What makes the album so great, especially in comparison to 808s, is that it feels so fantastically alive. Every track overflows with invention, and it finds West at the height of his powers as both producer and performer, throwing absolutely every idea he has at every track to see what works.

As with everything West does, the album is not perfect. Some of his rhymes are unintentionally hilarious and clumsy (though I personally have always found the juxtaposition of his unpolished rapping with his slick production to be a major component of his charm) and, whilst the excessive nature of the album is what makes it so fun and fascinating, some of his detours wind up in cul-de-sacs. The worst offender of this is the song, "Blame Game." For the first five minutes it's a brutally beautiful ballad in which West and John Legend describe the ins and outs of a turbulent relationship, but then the last two and a half minutes are taken up by an extended skit in which a man talks about how his girlfriend learned how to fuck better, which is meant to be funny but is just weird and distasteful.

The joy of West's work has always been seeing how close he gets to realising his fantastic visions, even if he sometimes lacks the tools that would let him realise them. The mere fact that he envisions them at all is why he's as successful as he is, and why everything he does is so interesting even when it doesn't work. Thankfully, this one mostly works.


2. Laura Marling - I Speak Because I Can 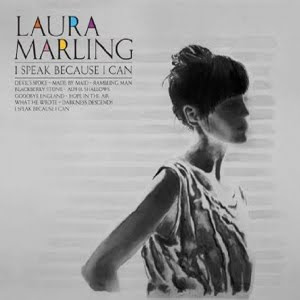 British folk singer Laura Marling followed up her great debut Alas I Cannot Swim with an album that saw her finding her voice in more ways than one. Her vocals seemed to have a richer, more mature quality, no doubt the result of touring the first album, and whilst the songs retained the sweet, sad quality of her earlier recordings, there was a wiser, more worldly feeling behind them that suggests that she's grown and learned a lot in a short space of time. If only all lessons were this good. 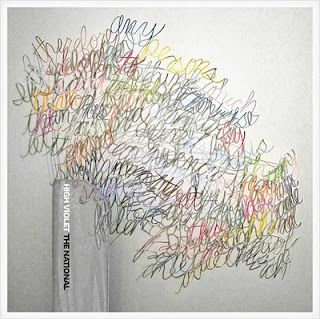 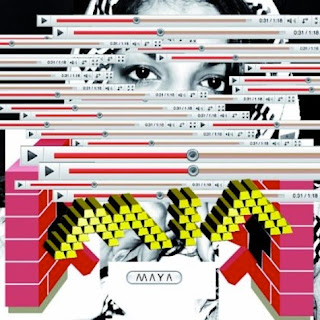 Dark will be the day when I don't enjoy an M.I.A. record, and whilst Maya Arulpragasam seemed to be doing her damnedest to make me dislike her by acting like a shallow, pretentious dick in interviews, the strength of the music speaks for itself. Whilst there was no "Paper Planes" or "Jimmy" that stood out from the pack, the songs as a whole were so strong that Maya ended up being a far more cohesive work than either of her first two records. She continues to make music that blurs the line between beauty and ugly, throwing together genres and sounds that shouldn't work, and which can often be abrasive and uncomfortable, but which somehow coalesce into intensely catchy and clever pop songs. 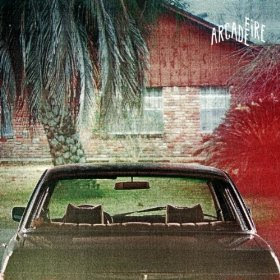 Whilst they have yet to regain the heights of their debut, Funeral, (my favourite album of the last decade) Arcade Fire have continued to refine and experiment with their sound, choosing a fairly uncluttered and pared down style for album number three. This made for their warmest, most inviting record, despite lyrics which dealt with the sense of isolation, alienation and desire for escape that comes with suburban living. At sixteen tracks, it's overlong and cutting four or five would probably have made it a better experience, but you can make allowances for self-indulgence when the panoramic grandeur of "Sprawl II (Mountains Beyond Mountains)" is the result.


6. Danger Mouse and Sparklehorse - Dark Night of the Soul 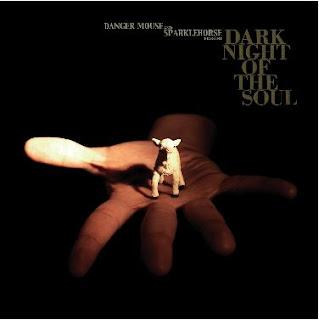 Originally slated to be released in 2009, and in fact leaked online in early 2009 allegedly as a protest at E.M.I.'s refusal to release it, Dark Night of the Soul finally surface in a legal, physical way in the summer of 2010. But the release, not to mention the title, were given a new, bittersweet meaning by the death of Mark Linkous, the creative force behind Sparklehorse, who committed suicide on March 6, 2010. This unfairly casts a shadow over the album, but even listened to before his death it was impossible to miss Linkous' brittle and beautiful melancholy as it coursed through an album of inspired collaborations with the likes of David Lynch, Iggy Pop, Frank Black and Julian Casablancas. It is all too often the case that those capable of creating such beauty are unable to see it in themselves, and Linkous left behind a fitting epitaph to an all too small body of work. 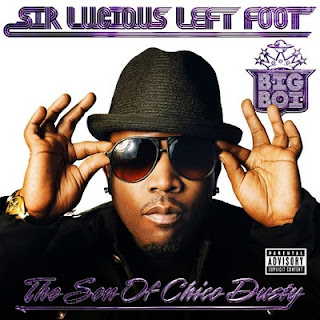 That ridiculous title alone almost earns it a place on my list, and the fact that it's more or less the first peep we've heard from either member of OutKast since 2006's misbegotten Depression-era musical film/album project Idlewild all but demands that it be considered, but what really matters is that it's a really fun record full of songs designed to get a party going. Of the members of OutKast, Big Boi has always been the more confident and talented rapper, and he doesn't lose any of his vitality or energy by working without Andre 3000, yet the album lacks some of the spark, wit and inventiveness of their work together. That doesn't make it bad album by any means, but since it only really gets crazy on "You Ain't No DJ" (the sole track produced by Andre 3000, unsurprisingly) it does make me yearn for them to do a new, real OutKast album together. 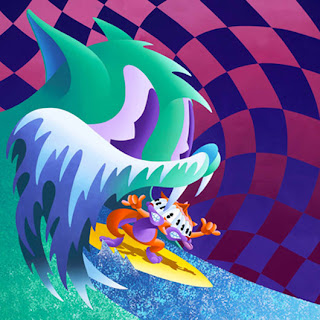 I was not impressed by MGMT's first album, Oracular Spectacular. Obviously, I liked the technicolour clamour of "Kids," because who could possibly resist that melody? But the album as a whole didn't contain that much to interest me, and seemed to reflect their colourful, verging on garish, stage shows; empty spectacle masking a lack of substance. Congratulations didn't completely dissuade me of that opinion, but it did convince me that their eccentricities are not mere affectations. Largely eschewing anything even remotely resembling a catchy hook, they instead made a modern psychedelia record that is initial frustrating, but gradually reveals itself to be a surprisingly warm and strange diversion. If they can combine that desire to experiment with their knack for creating gigantic choruses, I might just be converted. 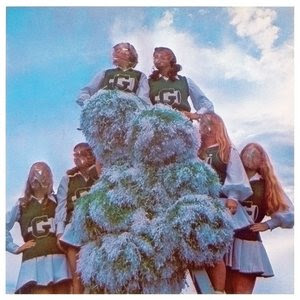 The difference between Treats and most similar indie-dance music is that it is loud. VERY FUCKING LOUD. Sleigh Bells turn everything up to 11 and, whilst that can make their music somewhat punishing on first listen, they don't quite obliterate the really solid songwriting that lies at the heart of songs like "Tell 'Em," "Infinity Guitars" and "Run The Heart," the closest the album gets to a slow jam. They're too rock-y for dance-town, too dance-y for rock town, but if you fall within the Venn Diagram of those two genres then there's an awful lot to enjoy on Treats. Assuming that you don't deafen yourself. 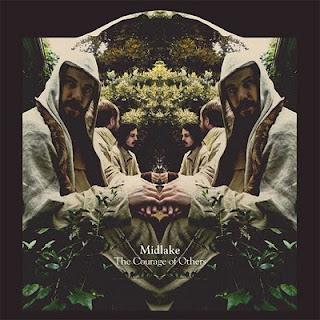 Continuing in the vein of 2006's The Trials of Van Occupanther, Midlake's third album remained as haunting and melancholy as what had gone before, but moved away from the more processed sound of their earlier recordings for one that feels more organic, conjuring images of rural living and a time long since past. For me, a much more lush and exciting prospect than Van Occupanther, which I've always found a bit chilly in places, and a clear sign that they are growing into their role as one of the best country-folk bands out there.
By Edwin Davies
Labels: 2010, Arcade Fire, Best of, Big Boi, Danger Mouse, David Lynch, Kanye West, Laura Marling, List, MGMT, MIA, Midlake, Music, Outkast, Sleigh Bells, The National, Top Ten
Newer Post Older Post Home