Do you know who is in this fucking movie?

As most of the people who read this will know, I currently work as one of the manager/supervisor-type people at an arthouse cinema in Sheffield. It's a pretty decent job, all told, but one of the things that really bothers me about it is having to look at the same posters week after week.

Sometimes, you get a really classy poster that perfectly conveys the tone and plot of the film in a single, elegant image. 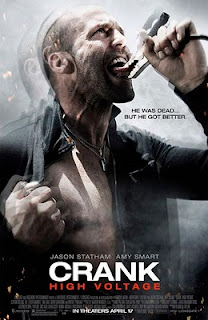 [Note: We have never screened Crank: High Voltage at The Showroom. Not yet, anyway]

Other times you get something garish and illogical, such as the poster for Drew Barrymore's debut directorial feature, Whip It. 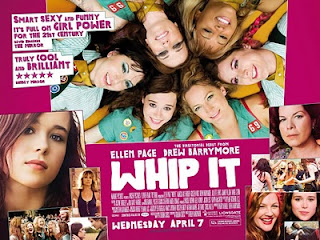 Now, on first glance, the poster doesn't seem too bad. Perhaps the colour scheme is a bit tough on the eye (especially if those eyes belong to cinema staff who will have to endure it for any length of time. It's kind of like radiation poisoning, but a bit more irritating) and the choppy font used for the reviews detracts from the actual words being used to sell the film, but it's not the most objectionable image ever committed to a one-sheet. But look a bit closer.

Do you see it yet? 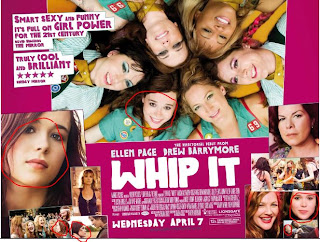 That's right, as I have very helpfully highlighted with my expert technology skills (click on the picture for a closer look), Ellen Page appears six times on just this one poster. That's some pretty cluttered visual language right there. It doesn't even indicate what the film is actually about. The only thing this poster says to me is this, "Do you know who's in this fucking movie? Ellen Page is in this fucking movie! Also Drew Barrymore, but she's only, like, two-thirds as important as Ellen Page is." 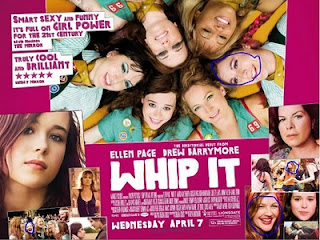 See, she's only on the poster four times. This could make her seem like a very egotistical director, but the poster clearly indicates that Ellen Page can buy or sell Drew Barrymore, and she could do it whilst wistfully staring.

Now, I haven't seen Whip It, so all I have to go on in order to decipher the plot, is this poster. So, based solely on the poster, I can only guess that it is some sort of all-female remake of Multiplicity in which young scientist Ellen Page creates five clones of herself in order that she can do everything that she struggles to in her oh-so-hectic life. She laughs with friends, stares at boys, stares at the sky, stares at the camera, stares into the middle-distance, and takes part in anti-gravity experiments with her Wicca circle (who are also scientists).

But then (Dun-dun-DUN!), one of her Wiccan sisters (Wicsters? Sistas?), played by Drew Barrymore, discovers her secret to having all this fun, and makes clones of herself, setting the stage for an epic bottle fight. Or something. 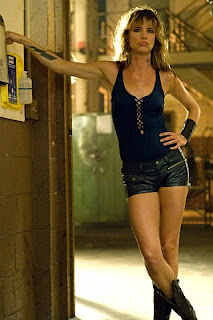 So, that's Whip It for you.