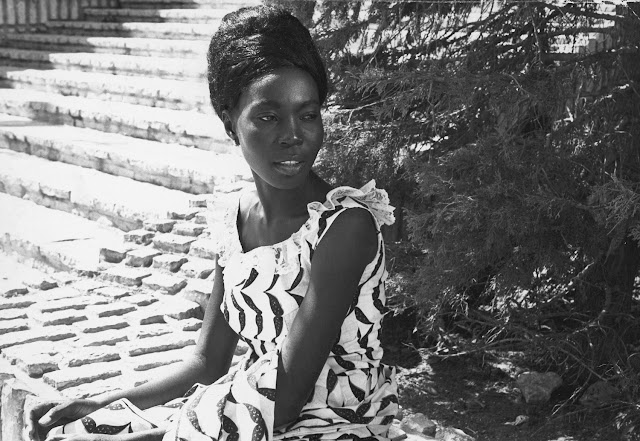 November was another month focused primarily on catching up with 2016 releases, with all but three of the twenty-four I watched coming out in the last twelve months. As is so often the case, a year that looked like it might be barren in August looks positively flush in November, as a consensus about the best films begins to form, and seemingly every week a film comes out which seems determined to shake up any established sense of order. It's chaotic and beautiful and it's my favourite period of the film calendar.

The worst film I saw this month was Mick Jackson's Denial, a moribund courtroom drama recounting the real case of a historian (Rachel Weisz) who was sued by Holocaust denier David Irving (Timothy Spall) - not to be confused with the defensive end for the Cowboys - for libel after she accurately described his beliefs and methods. It's a compelling story, but one which is retold with little drive or power, wasting a great cast on material that couldn't be more important, but which winds up feeling trivial. Not merely bad, but wholly inadequate.

Now, lets talk about that good good stuff. Here are the ten best films I watched for the first time in November of 2016.

While Wendy and Lucy will always have a special place in my heart - it's got Michelle Williams and a cute dog; who am I to resist it? - Certain Women feels like the movie that Kelly Reichardt has been building towards over the past 20 years. Based on three short stories by Maile Meloy, each of which focuses on a different female character living in Montana, it's the apotheosis of her subdued yet deeply felt approach to filmmaking. Laura Dern, Michelle Williams and Kristen Stewart are all reliably excellent as a lawyer, mother, and harried teacher, respectively, while relative newcomer Lily Gladstone makes a big impression as a ranch hand who forms an ambiguous friendship with Stewart's character. The film reminded me of the fiction of Raymond Carver; human-sized stories which hinge on small decisions, but which can still send lives off in wholly unexpected directions.

The most significant older film I watched this month, and one which I have wanted to see for ages. Sembene's film is a short, brutal metaphor for colonialism in which a young Senegalese girl (Mbissine Thérèse Diop) travels to France in order to work as a nanny for a middle-class white couple. Once in France, she discovers that the couple's children are never around, and she is subsequently exploited as an all-purpose servant with no prospects for building a life of her own in a new country. Black Girl brims over with life and invention, but packs more bite into 65 minutes than most filmmakers manage in a whole career.

Possibly the best Disney film of the past twenty years (though Tangled might still be a touch better). It looks gorgeous, the cast are great, the writing is sharp, and the songs are very catchy (I've had "You're Welcome" stuck in my head for five days and counting). It is about as perfect a product of the Disney approach to moviemaking as you are likely to find.

A brilliant coming of age story that I'm not sure I'd be able to sit through again any time soon because, oh boy, did its depiction of awkward teenagedom strike a chord with this former awkward teenager. Hailee Steinfeld is great as a young girl whose life spirals out of control when she discovers that her best/only friend is dating her handsome jock older brother, giving a funny turn which is also palpably, painfully real. While the film mines a lot of spiky, cringe-inducing comedy from the set up, it's also wholly earnest in its depiction of how these brief dramas can consume our pre-adult lives.

Iranian writer-director Farhadi became a major name on the international film scene after the release of his 2011 drama A Separation, and while The Salesman doesn't quite hit those heights, it's still pretty incredible. Like his previous films, The Salesman is a meticulously constructed drama which unfolds with clockwork precision, taking such disparate elements as a production of Death of a Salesman, a meeting with Iranian government censors, and a new apartment and combines them in surprising and devastating ways. You end up with a story about misunderstandings, miscommunication and class conflict which moves with the steady, impending sense of doom of a slow-motion car crash.

A documentary recreating the University of Texas Tower shooting, which occurred on August 1, 1966 and is seen as one of the first mass shootings in US history, runs the risk of being exploitative. Producing that same documentary using rotoscope animation to recreate the key moments feels like a recipe for disaster. Yet Maitland's film somehow manages to avoid any pitfalls into crassness, instead using the animation (and brief snippets of archive footage and later interviews) to create a startling, expressionistic real-time vision of Charles Whitman's killing spree. It then segues seamlessly into a broader examination of the impact of the shooting, with heartrending contributions from survivors, and how it marks the beginning of a fifty-year parade of gun fetishism and death as an everyday part of American life.

A spiky love letter to a controversial filmmaker, De Palma is a great showcase for the films, life and philosophy of Brian De Palma, a director who made some of the most distinctive and exciting thrillers and comedies of the latter half of the twentieth century, then languished in semi-obscurity after leaving Hollywood in the early days of the twenty-first. A surprisingly lovely reminder of his skill and brilliance, thankfully delivered while he is still around for us to appreciate him.

With Stop Making Sense, Jonathan Demme captured Talking Heads at their creative peak, and inadvertently set the high watermark against which any and all concert movies must be measured. The Tennessee Kids doesn't quite hit those heights, in part because it doesn't have the same conceptual rigour that Stop Making Sense had, but it does capture a master performer at the height of his powers, while also (as the title suggests) offering plenty of opportunities for JT's band and backing dancers to shine as they perform the last show of the 20/20 Experience Tour, a lengthy and extremely lucrative show which Demme captures in all its pomp and dynamism.

9. Norman Lear: Just Another Version of You (dirs. Heidi Ewing and Rachel Grady, 2016)

If you made a documentary solely about the TV shows that Norman Lear wrote for, created, or produced, you'd have a great documentary about American pop culture in the twentieth century. The man responsible for All In The Family, Maude, Sanford and Son, Good Times, The Jeffersons and Mary Hartman, Mary Hartman is going to have some stories to tell, and Lear is about the sprightliest nonagenarian raconteur you are likely to meet. What sets the documentary apart is the ways in which Ewing and Grady place Lear at the heart of the culture wars, both as a writer who made socially conscious, wildly popular entertainment, and as an activist who has always been outspoken in his liberal beliefs. As fascinating as it is hearing about conflicts between the cast members of Good Times or how Lear created All in the Family based on second-hand reports about its British inspiration, Till Death Do Us Part, the fuller image of Lear offered by the documentary is as compelling as his great work.

My favourite biopics are almost always ones that avoid a cradle to grave narrative in favour of focusing on a key event in the subject's life. By focusing on Jacqueline Kennedy in the immediate aftermath of her husband's assassination, Larraín is able to capture a unique moment in her life, and in American history: The first time that a President was assassinated on film, and the first time that the grief of his family and his country was experienced and understood through television. Natalie Portman's overly mannered portrait of a woman who is acutely aware that she is shaping her legacy as well as Jack's is off-putting early on, but by the time she is moving through the eerily empty White House to the strains of "Camelot", she fully embodies the overwhelming, performative despair of a woman trying to process her private trauma under the most public on scrutiny.
By Edwin Davies
Labels: 2016, film, movie journal, november
Newer Post Older Post Home