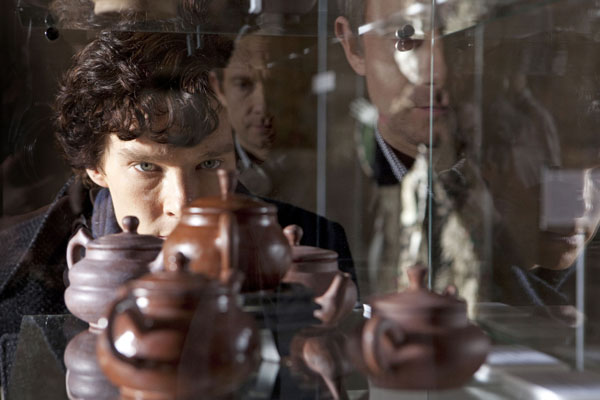 To commemorate, if that is the right word, the end of the second series of Sherlock, which airs on BBC1 tonight and on PBS from Januray 15, I wrote an article for Hope Lies comparing the two current iterations of the great detective: Sherlock and Guy Ritchie's Sherlock Holmes films. As a big fan of the series, someone who like the films and who burned through all the original Arthur Conan Doyle stories last year, this was immensely fun to write, especially since I felt that it worked within the framework of the columns - writing about the differences between television and film on a grander scale - very well.
By Edwin Davies
Labels: BBC, Benedict Cumberbatch, Guy Ritchie, Hope Lies, Hope Lies on Television, Jude Law, Martin Freeman, Robert Downey Jr., Sherlock
Newer Post Older Post Home